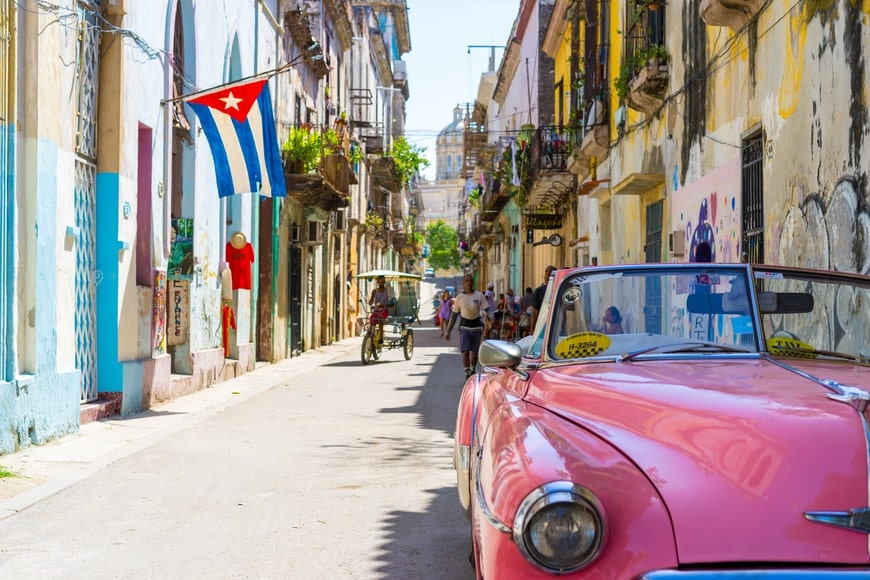 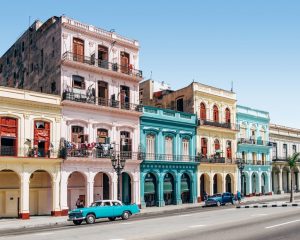 Natural beauty abounds in Cuba. This massive island boasts over 5,000 kilometres of coastline, much of which is surrounded by beautiful beaches. In the blue waters, coral reefs glisten, while Cuba’s lush countryside and beautiful islands have hosted presidents, provided refuge to rebels, and inspired writers from all over the world, including Ernest Hemingway.

Cuba has a depth and diversity that few Caribbean islands can match, with all of its history and beauty, as well as excellent diving and fishing. With our list of the top attractions and locations to visit in Cuba, you can get a taste of this fascinating country.

Varadero is one of Cuba’s most well-known beach resorts, with one of the Caribbean’s best beaches. It runs the length of the Peninsula de Hicacos, which juts into the sea off the north coast and is connected to the mainland by a drawbridge.

This popular palm-fringed coastline has more than 50 hotels, and its stunning white-sand beaches attract people from all over the world.

The tranquil Parque Josone, also in Varadero, is home to rich floral gardens, a restaurant, a swimming pool, and a tiny lake where visitors may rowboat about.

Deep-sea fishing, golf, skydiving, and day visits to cultural destinations are all popular activities in addition to diving and snorkelling.

Guardalavaca, in the province of Holguin, is calmer and more isolated than Varadero, with its glistening beaches. The broad length of the beach here is lined with lush vegetation, giving lots of shaded spots for anyone seeking relief from the tropical sun. Along the coral reefs, divers and snorkelers may see a diverse array of water life.

Jungle excursions, sailing excursions, and sightseeing tours of Santiago de Cuba are all available as day outings from Guardalavaca. Bahia de Naranjo is located west of Guardalavaca and includes a large stretch of coast as well as three islands, one of which is Cayo Naranjo, which is home to the popular Dolphinarium, which offers up-close encounters with these gregarious creatures.

Cayo Coco is another gorgeous beach resort in Cuba, as well as one of the most remote. Along with neighbouring Cayo Guillermo, the island was included in Hemingway’s novels Islands in the Stream and The Old Man and the Sea.

Cayo Coco is connected to the mainland via a bridge as part of the Jardines del Rey, the united archipelago of Sabana-Camaguey, however, most visitors arrive by plane.

The main draw is the sun-drenched beaches. The five-kilometre strip of sun-bleached sand at Playa Los Flamencos on the island’s Atlantic side is a showpiece, while the calm and unspoiled Playa Prohibida provides a serene nature walk. The island is also a great place to go birdwatching.

Beautiful Baracoa, the country’s oldest city, is one of the highlights of eastern Cuba. It was founded in the province of Guantanamo in 1511, and the first church was built around that time. The city has retained its remote feel despite being cut off from much of the outside world until the 1960s when the La Farola highway was built.

Visitors come here today for the charming colonial architecture and lush countryside, where waterfalls and beautiful beaches provide a cool respite from the hot jungle. El Yunque, with its flat-topped mountain presiding over all of this tropical grandeur, invites hikers to take the guided trek to its 589-meter summit. The UNESCO Biosphere Reserve on the hillside is home to rare birds and plants.

Take a journey along the winding La Farola roadway, a 49-kilometre stretch from Baracoa through the mountains to Cajobabo, to truly enjoy the breathtaking surroundings.

The Municipal Museum is well worth a visit. It is housed in the Fuerte Matachin military castle, which gives spectacular views over the bay and provides a picture of Baracoa’s intriguing past.

Playa Maguana, about 20 kilometres northwest of Baracoa, is one of the area’s nicest beaches. If you’re searching for an adventurous way to spend your time in Cuba, hire a bicycle in Baracoa and go for a ride. Flights from Havana to Baracoa are regular.

Santa Clara will add dimension to your Cuban itinerary when beach towns and resorts start to seem the same and you’re seeking new things to do in Cuba. This is the renowned site of Che Guevara’s last guerrilla combat in 1958.

Che’s body was laid to rest here, and the town’s main attractions are his mausoleum (Mausoleo del Che Guevara) and monument, the Memorial Comandante Ernesto “Che” Guevara. Che Guevara’s farewell message to Fidel Castro is etched on the bronze statue of him at Plaza de la Revolucion, while the tomb lies beneath.

Castillo del Morro, a UNESCO World Heritage Site, is one of the best-preserved 17th-century Spanish strongholds. It is located approximately 10 kilometres southwest of Santiago de Cuba, the country’s second-biggest city, at the mouth of the Bay of Santiago.

The edifice, which is perched high on a cliff, was designed in 1587 but took decades to finish, ultimately being completed at the end of the 17th century. It was built to defend against pirate invasions, but it was also used as a jail in the late 1700s before being restored back into a fortress.

Today, visitors may tour the fort’s several levels, learn about pirates and the fort’s history at the modest museum, and take in the breathtaking views of the bay.

The Diego Velazquez Museum and Cementerio de Santa Ifigenia, which houses the remains of some of Cuba’s most prominent military commanders, are two more cultural landmarks of Santiago de Cuba.

Parque Baconao is a World Heritage Biosphere Reserve less than an hour’s drive from the city, where you can visit coffee farms, stroll through gorgeous botanical gardens, and take in breathtaking 360-degree views of the mountains and sea from the summit of Gran Piedra, a massive volcanic rock.

Head to the El Nicho waterfalls in central Cuba if you’re seeking a beautiful slice of nature. These multi-tiered falls run into multiple jade-green jungle pools in Parque El Nicho, about a 90-minute drive from Trinidad or Cienfuego – the perfect location to cool off on a hot day.

Driving here on the rutted, winding roads is an experience in and of itself, and the view is stunning. Take the 1.5-mile palm-lined walk to the park’s most picturesque sites after paying the admission charge. It follows a refreshing river and climbs through a dense tropical forest to the falls, where you may swim and sunbathe. Keep an eye out for the tocororo, Cuba’s national bird, and the lovely royal palm along the road.

You’ll arrive at a magnificent overlook with amazing views across verdant valleys if you walk past the falls.

Because of its significance in Havana’s history, the Plaza de la Revolucion is worth a visit, even if merely to absorb the events that occurred here. Castro gave speeches in this large square, which drew crowds of over a million people at times. Pope John Paul II said mass here in 1998 during a visit to Cuba.

A 109-meter grey tower rises in the heart of the Plaza de la Revolucion as a tribute to Cuban national hero Jose Marti, with a massive white marble statue of him at its base. Below the statue lies the entrance to the Jose Marti Memorial’s interior, which includes a Marti museum. Climb to the top of the tower for panoramic views over Havana.

The renowned enormous image of Che Guevara graces the Ministry of Interior building just across from the monument.