8 Best Attractions in Santo Domingo You Must Visit in 2022

HomeNewsTravel8 Best Attractions in Santo Domingo You Must Visit in 2022 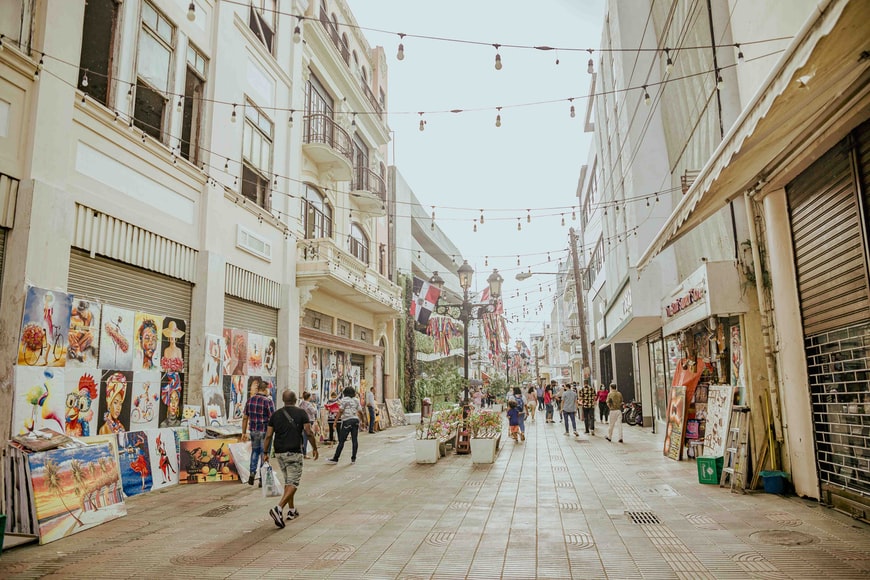 8 Best Attractions in Santo Domingo You Must Visit in 2022

For tourists, Santo Domingo’s Zona Colonial is the highlight of this city and where most of the important tourist attractions are located. The old centre is a delightful mix of history and modern Dominican life. Crumbling 16th-century ruins scattered between wonderfully restored colonial buildings are a constant reminder of this city’s incredible history.

Founded by Christopher Columbus in the late 1400s, this first city of the New World is where Columbus lived and is buried. Today, the entire colonial district, Zona Colonial, is a UNESCO World Heritage Site, and many of the historic buildings house museums, restaurants, and hotels. 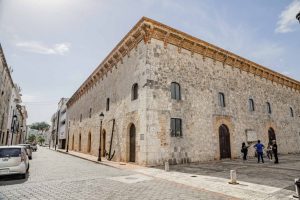 Parks with mature trees and historic stone houses are accessible via narrow one-lane roads. Outdoor eateries, which are evocative of European cafés, provide welcoming respites from the heat of the day where you can relax and watch the world go by.

Two of the most popular tourist attractions and suitable sites to start your trip are Parque Colón (Columbus Park) and Plaza Espaa. In these places, you’ll discover a variety of eateries as well as certified tour guides who will show you around and provide information on sites and things to do in Santo Domingo.

Parque Colón, the city’s most dynamic and appealing square, is located in the centre of the Zona Colonial. Children chase pigeons around the statue of Christopher Columbus, which stands proudly in the centre, and musicians and street performers frequent the square.

The Catedral Primada de América, the first cathedral erected in the Americas, is located on the square’s south side. Its full name is Basilica Cathedral of Santa Maria la Menor, and it was built in the early 1500s and finished in 1540.

Calle El Conde, the city’s principal pedestrian thoroughfare, runs along the park’s north side, featuring a few eateries with outdoor tables overlooking the park. This is the greatest spot for taking in the sights and sounds of this lovely square. The Chu Chu Colonial tourist trolley leaves on the east side of the square if you want to take a tour.

Built on instructions from Spain in the first part of the 16th century, this spectacular tower was built to house the most important government offices in the New World. It was converted into a museum in the 1970s to display the region’s history and culture.

Tano relics, colonial furniture, and a noteworthy weaponry collection, among other things, are on display. The passageways are tight in sections, and the museum might seem crowded on busy days, but the internal courtyard, which has benches and a small garden, provides a welcome respite.

Plaza Espaa is a big, open area near the Rio Ozama on the outskirts of the Zona Colonial. This is not an intimate plaza where you would go to relax on a seat and sip a coffee beneath a tree. It is frequently the scene of events and public meetings.

A variety of eateries with outdoor seating areas are located on the park’s perimeter. Tour guides frequently congregate near cafés, approaching passers-by to persuade them to join a walking tour.

The Alcazar de Colón is located on the square, across from the restaurants and closer to the river. The Columbus family’s previous home has been turned into a museum.

The Choco Museum in the Zona Colonial is more than simply a sweet stop. The museum and chocolate factory, which is housed in a 16th-century structure, is both an instructive and entertaining opportunity to learn about the Dominican Republic’s cocoa business. You may try chocolate samples and chocolate beverages, as well as cacao-based cosmetic items.

A modest museum with exhibits on the history of cacao and the drying and processing of cacao beans is located just beyond the sample counter. You may buy a variety of chocolate treats and items at the store’s front section.

Some of the employees speak English, and the displays are labelled in both English and Spanish. The museum is free, as is the chocolate tasting.

Parque Independencia, located at the extreme west end of Calle El Conde, honours Dominican independence. The square, which is entered by the massive Puerta del Conde, is flanked with statues leading to the Altar de la Patria (Altar of the Nation), a mausoleum where the Dominican Republic’s founders are put to rest. Inside are the names Sanchez, Duarte, and Mella boldly displayed.

Apart from the tomb itself, this plaza provides little to no shade and is quite hot throughout the day.

The Amber World Museum is a fantastic site to learn about amber and view magnificent samples of the petrified resin. Even if you don’t care for museums, the aesthetically stunning exhibits here are worth seeing.

A skilled English-speaking guide will show you around the museum for a nominal entrance price, leading you through the displays that explain how amber is made, mined, and utilised.

The fossils inside the amber pieces, which come in a variety of colours, are illuminated to expose the ants, termites, leaves, and flowers inside. Magnifying glasses are included with some of the pieces so you may examine the fossils in more detail.

There is a jewellery store attached to the museum where you may buy amber and larimar, but there is no compulsion to buy.

The streets are a riot of colour, and the historic architecture, which ranges from decaying ruins to fully restored colonial structures, gives photographers a never-ending supply of subjects. Midday light might be harsh, but the morning and afternoon lights are ideal for shooting this ancient location.

The Museo de las Casas Reales is best photographed in the morning when it is not in shade. The beautiful façades of the Catedral Primada de America and the Convento de Los Dominicos face west, and in the late afternoon, a warm glow falls over them.

The north portion of Calle Hostos, where the street twists on a hillside surrounded by colourful, little wooden buildings, is worth exploring with your camera.

Originally built as a church in the early 18th century, the structure was turned into a national mausoleum in 1956 on dictator Rafael Trujillo’s instructions to memorialise the country’s most prominent figures. The structure currently holds, among other things, the corpses of the men who killed him, in a twist he could not have predicted.

With marble tombs along the walls, arches, an ornately painted ceiling, and a massive Gothic-style chandelier, the inside is stunning. A perpetual flame rises from the floor opposite the entryway, at the end of a long crimson carpet.

Tourism recovery will be guided by a “Blue Ocean strategy,” according to Bartlett.

The best hotels in Varadero for an excellent vacation in Cuba