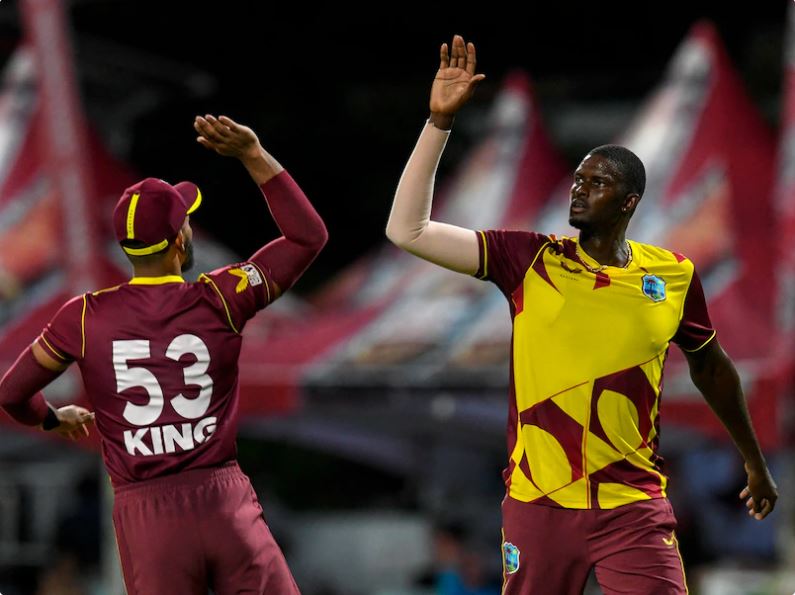 West Indies beat England by 17 runs in the final to win the five-match series 3-2. Jason Holder had a career-best performance of five for 27 in 2.5 overs.

The West Indies beat England by 17 runs in the fifth and final Twenty20 international at the Kensington Oval on Sunday, giving them a 3-2 series triumph. Local hero Jason Holder claimed four wickets in consecutive balls during a thrilling penultimate over.

With a format-best four for 30, Akeal Hosein had already halted England’s momentum. One of those who fell to the left-arm spinner was James Vince, who holed out for a top-score of 55 in the innings.

When all-rounder Holder began bowling the final over of the contest at his Barbados home field, England was still in the game, needing 20 runs to complete a total of 180. (Full scorecard for the 5th T20I between West Indies and England)

Despite opening the over with a no-ball, the towering paceman dismissed Chris Jordan and Sam Billings with his second and third legal deliveries, respectively, with to catches by replacement fielder Hayden Walsh Jr. at deep midwicket.

Holder then had Adil Rashid caught at deep square leg before bowling Saqib Mahmood, dismissing both batters for golden ducks.

Only Lasith Malinga of Sri Lanka, Rashid Khan of Afghanistan, and Curtis Campher of Ireland have taken four wickets in four deliveries during a T20 international.

Holder concluded with a career-high five for 27 in 2.5 overs after dismissing England stand-in skipper Moeen Ali.

“I take pleasure in not bowling no-balls,” Holder said. “I was thrilled with how I came back, delivered a dot ball next up, and they had to come hard, so I got the four wickets.”

After collecting 15 wickets in five games at the Kensington Oval, the former West Indies captain was voted player of the match and series.

“I’m psyched about the occasion,” he said, adding that he enjoys playing at Kensington Oval. “It’s the greatest cricket ground in the world.”

Billings kept England in the game until he was removed for 162 in 19.5 overs after falling for 41 off 28 balls.

Kieron Pollard, the West Indies captain, led a late run chase with a quickfire 41 not out in a score of 179 for four.

After a one-day international series loss at home to Ireland earlier this month, his bowlers finished the job as West Indies, who were defeated by 34 runs in the fourth T20 on Saturday, had a much-needed victory. 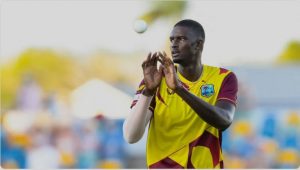 “This was a different game from last night, and we capitalised with the bat in the final four overs,” Pollard said, referring to his unbroken 74-run partnership with midweek century-maker Rovman Powell in five overs (35 not out).

“This is Jason Holder’s turf, his town, but we put in a comprehensive team effort.”

Following their Ashes exploits, Moeen was once again in charge of an England squad that was without injured captain Eoin Morgan, while the tourists were without T20 regulars Jos Buttler and Ben Stokes for the whole series.

Moeen, on the other hand, was not in the mood for excuses.

“I think the West Indies were the superior team,” he remarked, adding, “With bat and ball, they were wiser than us today.”

Great eating experiences in Puerto Rico. Where and What.