Travel to the Caribbean – Escape the Winter Blues in 2021!

HomeNewsTravelTravel to the Caribbean – Escape the Winter Blues in 2021! 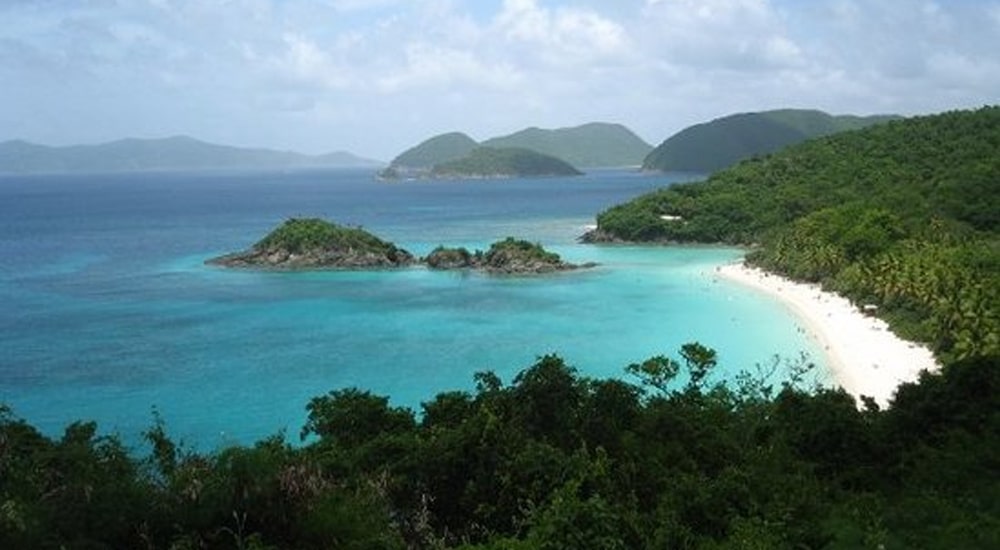 Travel to the Caribbean – Escape the Winter Blues in 2021!

As the winter holidays draw to a close, you may be realizing that we still have several months of winter ahead. If winter has you feeling blue, you’ll be happy to know that ICCARIBBEAN has done the research so you can travel to the Caribbean during this winter!

Escape those cold, blustery winter nights and enjoy some fun in the sun!

Depending on where your travel point of origin is, you’ll have a variety of airline options to choose. But with a little research, you can take the stress out of your planning.

Travel to the Caribbean from the United States of America or Canada:

Located just north of the stunning Caribbean, the United States is the gateway to your perfect tropical winter getaway. If you’re flying from Canada, you’ll have a choice of several direct flights or connecting flights through United States hubs.

With so many options, getting to the sandy beaches of the Caribbean is sure to be smooth sailing! 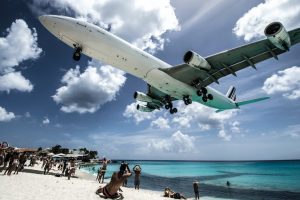 American Airlines has some of the most frequent flights to the Caribbean. You’ll have plenty of destinations to choose from, including the Bahamas, the Cayman Islands, Puerto Rico, and the U.S.V.I.

For this winter, American added new flights from Chicago and Dallas to St. Thomas in the U.S.V.I, and from New York City to Jamaica. If you’re traveling from Canada, American Airlines offers regular service from Calgary, Toronto, and Montreal to some of the larger Caribbean destinations.

You’ll be in Jamaica, Puerto Rico, Haiti, or Curacao before you know it! From there, you can jump onto another flight and travel to more destinations.

JetBlue offers regular service from the United States to several Caribbean destinations. With JetBlue’s hub airports at JFK International Airport in New York City and Fort Lauderdale in Florida, there are plenty of options.

This budget airline is a great choice for those looking to make a last-minute booking! JetBlue’s most popular Caribbean destinations are Antigua and Barbuda, the Bahamas, Bermuda, the Dominican Republic, Jamaica, and Puerto Rico.

With seven United States airport hubs, United Airlines makes it easy to reach the tropical shores of the Caribbean. No matter where you live in the United States, chances are you are just a short distance away from one of United’s hub airports: Chicago, Denver, Houston, Los Angeles, Newark, San Francisco, and Washington – Dulles.

Once you get to a hub, you can jet off to the sunny shores of your Caribbean destination of choice. Some popular destinations with United Airlines include the Cayman Islands, the Bahamas, Aruba, Puerto Rico, and Turks and Caicos. From there, you can hop aboard a local airline carrier to explore even more of this stunning region. 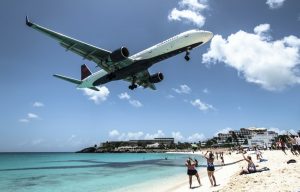 If you’re traveling from Canada, your easiest point of origin will be Calgary, Montreal, Ottawa, Quebec City, or Winnipeg. From there, you might find a direct flight to the larger airports in the Caribbean, such as Jamaica or the Dominican Republic. However, you can easily get a connecting flight to one of United’s hubs and then continue from there.

For those who don’t live near a United or American Airlines hub, chances are you live near a Delta hub! Delta has hubs in Atlanta, Boston, Detroit, Los Angeles, Minneapolis/St. Paul, New York City, Salt Lake City, and Seattle.

Some popular options are Puerto Rico, the Dominican Republic, Jamaica, Cuba, the Bahamas, and the U.S.V.I. If you’re traveling from Canada, however, you will have to take a flight to an American hub.

Most of these flights will take you to either JFK in New York City or Atlanta. From there, you will catch a flight to your Caribbean destination.

If you’re traveling from Canada, then jumping on a flight operated by Air Canada might be your best option. Air Canada operates direct flights from many of Canada’s larger cities to the larger airports of the Caribbean.

Past that, Air Canada offers plenty of connecting flights to get you exactly to where you want to go. Through Air Canada, some of the most popular destinations are St. Lucia, Jamaica, Cuba, the Dominican Republic, and the Bahamas.

However, thanks to Air Canada’s extensive network and partnerships, you can also get to some of the more remote destinations. Popular destinations include Turks and Caicos, Martinique, Curacao, Saint Martin, and Saint Kitts & Nevis.

Travel to the Caribbean from Europe:

With several major airports, such as Frankfurt, London, or Paris offering direct flights to these tropical getaways, you will start your winter adventure before you know it! 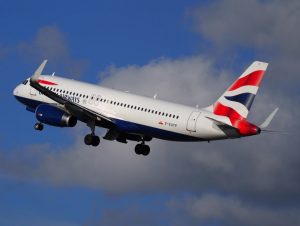 British Airways, the largest British operating airline offering flights to the Caribbean, has added even more flights for the winter. Those traveling from the cold and rainy British Isles to the sunny and bright Caribbean will have a variety of choices for their journey.

Get yourself to London and then British Airways will take you the rest of the way! From London Heathrow and London Gatwick, you can reach Jamaica, Turks and Caicos, the Cayman Islands, Bermuda, the Dominican Republic, and many other destinations!

If you’re flying from the European Continent, you will also get a variety of choice from Lufthansa. This German airline has also added more flights to its itinerary in an attempt to broaden its reach.

However, Lufthansa is still in the beginning stages of this process, so be prepared for a connecting flight! Popular destinations you can reach via Lufthansa include the B.V.I., Barbados, Cuba, Puerto Rico, Aruba, and Curacao.

If you can’t find the flight you want to your dream destination, chances are, you can get there by switching airlines. You can fly from most major European airports to large American airports, such as New York City, Boston, Atlanta, and Houston.

From there, you can switch over to popular airlines such as American Airlines, United Airlines or, Delta. If you’re traveling from a larger European airport, you might even be able to pick up an American carrier from the start of your journey!

Travel to the Caribbean from Central America and South America: 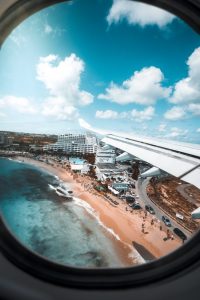 If you’re traveling from Central America or South America, then your best option for Caribbean traveling is jumping on a local carrier. From there, you can board a regional Caribbean flight for even more options!

Operating out of Panama, COPA Airlines offers flights to a variety of other Central American destinations, such as Mexico, Honduras, and Costa Rica.

Thanks to its proximity to the region, COPA Airlines has easy reach to many of the Caribbean’s largest airports. Once you’re in the Caribbean, you can jump onto a regional airline, such as Caribbean Airlines or LIAT to reach those remote destinations.

If you’re traveling from South America, jumping on a flight operated by Avianca is your best bet. With hubs in Colombia, El Salvador, Peru, this airline has easy reach to many of the Caribbean’s top destinations.

You’ll have no problem getting to the larger Caribbean airports, such as Cuba, Puerto Rico, and the Dominican Republic. From there, you can jump aboard a regional airline, such as Caribbean Airlines or LIAT to explore even more!

If you can’t find the flight that you want to the destination you dream of, chances are, you can get there by switching airlines. A lot of major airports in Central and South America offer flights to Miami, Florida and Houston, Texas.

From there, you can switch airlines, such as American Airlines or United Airlines, and continue to the crystal-blue waters of the Caribbean!

Travel to the Caribbean from Asia or the Middle East: 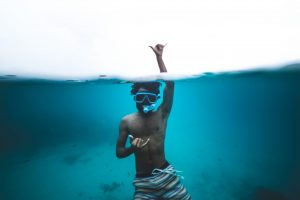 If you’re traveling from Asia or the Middle East, prepare for connections. For an easier journey, consider flying either to Europe or North America. If you go to Europe, you’ll want to jump on a flight operated by British Airways.

If you go to North America, you’ll want to board a flight operated by American Airlines. Your best options for getting out of Asia will be either Emirates Airlines, All Nippon Airways, or Air China. From there, the beautiful Caribbean awaits!

If you’re traveling from Africa:

If you’re traveling from Africa, your best option for getting to the crystal blue waters of the Caribbean is going through Europe. Airlines such as Ethiopian Airlines, EgyptAir, Tunisair have the most destinations.

If you’re lucky, you may even be able to snag a seat direct to New York City. If not, you’ll want to head to a major European hub, such as London, Frankfurt, or Paris, and pick up a British Airways flight.

From there, you can switch airlines to a popular Caribbean destination carrier, such as American Airlines or United Airlines.

If you’re traveling from Oceania:

If you’re traveling from the South Pacific,  Qantas Airlines will be your best option out of the area. From there, you can catch a flight to several United States hubs, such as Chicago, Dallas, and New York City.

Then, from these hubs, you can switch airlines to an American carrier, such as American Airlines or United Airlines, and head to your dream Caribbean destination.

Travel to the Caribbean in style: Plan a cruise trip! 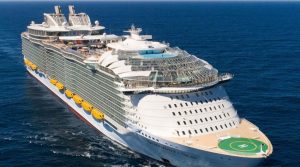 Royal Caribbean and Carnival Cruise offer the widest variety of destinations for the region. Also, consider traveling with Marella Cruises. You can choose a cruise itinerary that focuses on just one island, or instead, you can go island hopping to see as much of the Caribbean as you can!

Get to either Galveston, Texas (near Houston!); Miami, Florida; or Orlando, Florida for the best options! You can reach any of these ports of the call via American Airlines or United Airlines.

Top 10 (Recipes) Foods to Try in the Caribbean