5 Interesting Facts about Andros Island, Bahamas You Need To Know|2021|Reviewed and Updated

HomeNewsTravel5 Interesting Facts about Andros Island, Bahamas You Need To Know|2021|Reviewed and Updated 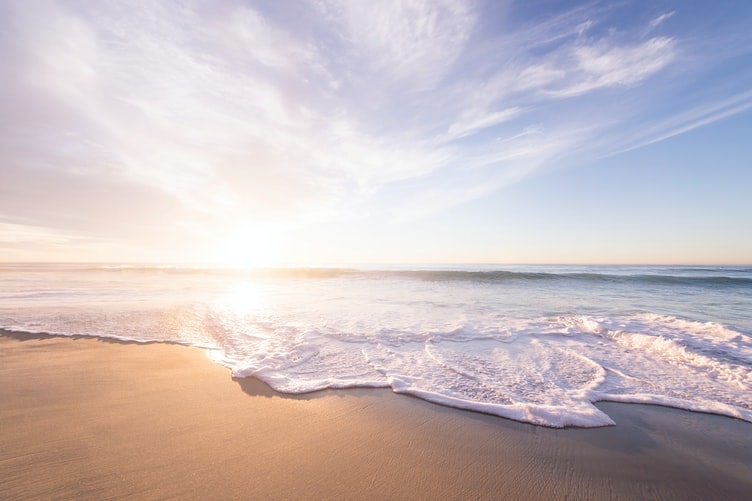 5 Interesting Facts about Andros Island, Bahamas You Need To Know|2021|Reviewed and Updated

The Bahamas is one of the most famous destinations for vacations in the Caribbean Islands. This country has so many islands out of which, Andros Island is unique for its pristine qualities.

Here, we have incorporated a list of interesting facts about Andros Island, Bahamas.

If you are willing to travel abroad, you have to comply with the travel restrictions imposed by the government because of the Covid-19 situation.

The Bahamas is a Commonwealth region consisting of 16 islands that are low and flat. These islands contain three terrestrial ecoregions:

The climate of the Bahamas is mostly tropical. There are very few chances of getting winter unless a severe cold outbreak comes down from the North American Mainland. Tropical storms and hurricanes occur occasionally in the Bahamas. The average sea temperature in the Bahamas always records between 23 °C and 28°C.

Limestones are predominantly found in the Bahamas. The estimated population of the Bahamas is around 385,637, where 96% of the population identified themselves as being Black, 4.7% White and 2.1% of a mixed race.

The national sport of the Bahamas is Cricket but they won’t play for the West Indies Cricket team.

Here we incorporated a list of interesting facts about the Andros Island, Bahamas:

Andros Island’s history takes us a long way back to the 1500s where this island was under the Colonial rule of the Spanish.

The Spanish ruled this island for approximately 130 years. They had induced their culture into this country. The traditional natives of this country, Lucayans were gradually eradicated due to the inclusion of Spanish people.

After the American Revolutionary War in 1783, the British emerged into power by defeating the Spanish. People from the United States had fled to this island and started the slave trade to this island. Some of the Slaves escaped into the woods.

As the oppression of slaves tended to decrease due to the revolution of the Slaves against the white people, the British Colonial Government had banned the Slave Trade act in 1807.

Many Africans, who were freed from being oppressed for Slavery, had found their home on this island. In the early 19th century, some of the Greece habitants had entered this island.

Starting from the 1950s through the 1970s, major parts of the Bahamian Pineyards were demolished and now, the island is overcrowded with young trees.

After certain negotiations with the British Government in between the 1960s and the 1970s, independence was granted to the Bahamas on 10 July 1973.

Geographically, Andros Island is a group of islands located within the Bahamas. Compared with the other 700 islands, this island is the largest in the Bahamas.

This island consists of three main islands known as North Andros, Mangrove Bay and South Andros. The population in these islands is about 8000 and the population density is 1.31/km^2.

Andros Island is the fifth-largest island in the West Indies. This island is located about 50 km west of the Tongue of the Ocean. The Andros Barrier Reef stands in 6th position among the other Barrier Reefs in the World. Most of the people speak in the Bahamian dialect and the rest of their accent is similar to Jamaica and the Cayman Islands.

The climate of Andros Island

As this island is located in the Bahamas, lying to the north of the Tropic of Cancer, this island experiences a tropical climate for summer (May to November) and winter (December to April).

The average temperature range in this island is about 27 to 29°C in summer and  21 to 24°C in Winter and the relative humidity is about 70 per cent.

This island is prone to hurricanes. Hurricanes like Betsy, David,  Arlene, Andrew, Lili,  Floyd, Michelle, Wilma and Matthew have affected this island severely.

The beauty of Andros Island

Speaking about the culture, this Island celebrates various festivals, out of which two of them are most famous in the Caribbean Islands, a Junkanoo festival and a Goombay festival.

The rest of them are Crabfest at Fresh Creek (June), Conch festival, annual regatta at Morgan’s Bluff, the pirates festival, Annual seafood splash, Chickcharnie festival etc. are celebrated on this island.

Located in Andros, Blue Holes National park is one of the popular tourist attractions in the Bahamas. This freshwater park has authentic views surrounded by the aroma of fresh water. People would like to go for a dive or sail a boat along this park.

People from this island gather at this place for diving and snorkelling which will be a breathtaking experience for them.

The freshwater is so clean that you can see some of the marine life without diving into it.

This island is especially known for diving and these marinas offer the best diving experience. You can also take lessons from them regarding diving. They also provide packages like dive trips. You can have a breathtaking diving experience at this bay. They have two Inland blue Holes and also six ocean dives.

The name “Morgan” represents Sir Henry Morgan, a famous pirate. This area became famous in Andros Island as people believed that he hid a treasure in this area.

You can visit Captain Morgan’s Cave with the help of a guide. You can find restaurants and bars lined up along this area. In this area, you can explore the spectacular sea view.

If you are interested in learning or exploring marine biology, island ecology, and geology, Forfar Field Station provides the ultimate educational experience.

Located nearby the Andros Barrier Reef, you can also explore the Tongue of the Ocean by boat ride from this station. One of the pristine beaches in the Bahamas, this beach has low tides of clear waters and a wide stretch of powdery white sand.

Snorkelling isn’t an easy task for beginners at this beach, but they can get accustomed to it further. If you are not a fan of Snorkelling, it doesn’t matter. This beach is still good for people who would like to have a stroll along the wide stretch of this beach.

Other places in the Bahamas

Let’s look at the tourist attractions in the Bahamas:

Here, you can experience the beauty of Atlantis in a luxury hotel, aquarium, water park and entertainment complex.

AquaVenture is a breath-taking waterscape where you can enjoy yourself by swimming/splashing around in more than 20 swimming areas, or just sit and enjoy the boat ride.

Natural marine habitats like Hammerhead sharks, swordfish etc. will be found swimming through the crystal clear open-air pools. You can also go for a stroll and visit shops, restaurants etc. built around this resort.

Lauded as one of the most popular cruise ship ports in the Caribbean, Nassau also provides you with plenty of options to enjoy. Being built at Cable Beach, you can enjoy the spectacular view of the Atlantic ocean and also visit shops, restaurants, museums of downtown and Bay street.

You can also visit Paradise Island, which is just about five kilometres offshore from Nassau. People like to face dolphins on a day trip to Blue Lagoon Island which can be accessible from Nassau.

Harbour Island is home to the authentic pink-sand beaches you can find on the Caribbean island. People from far away from the Bahamas often visit this island to perform snorkelling, diving, sunbathing, fishing etc.