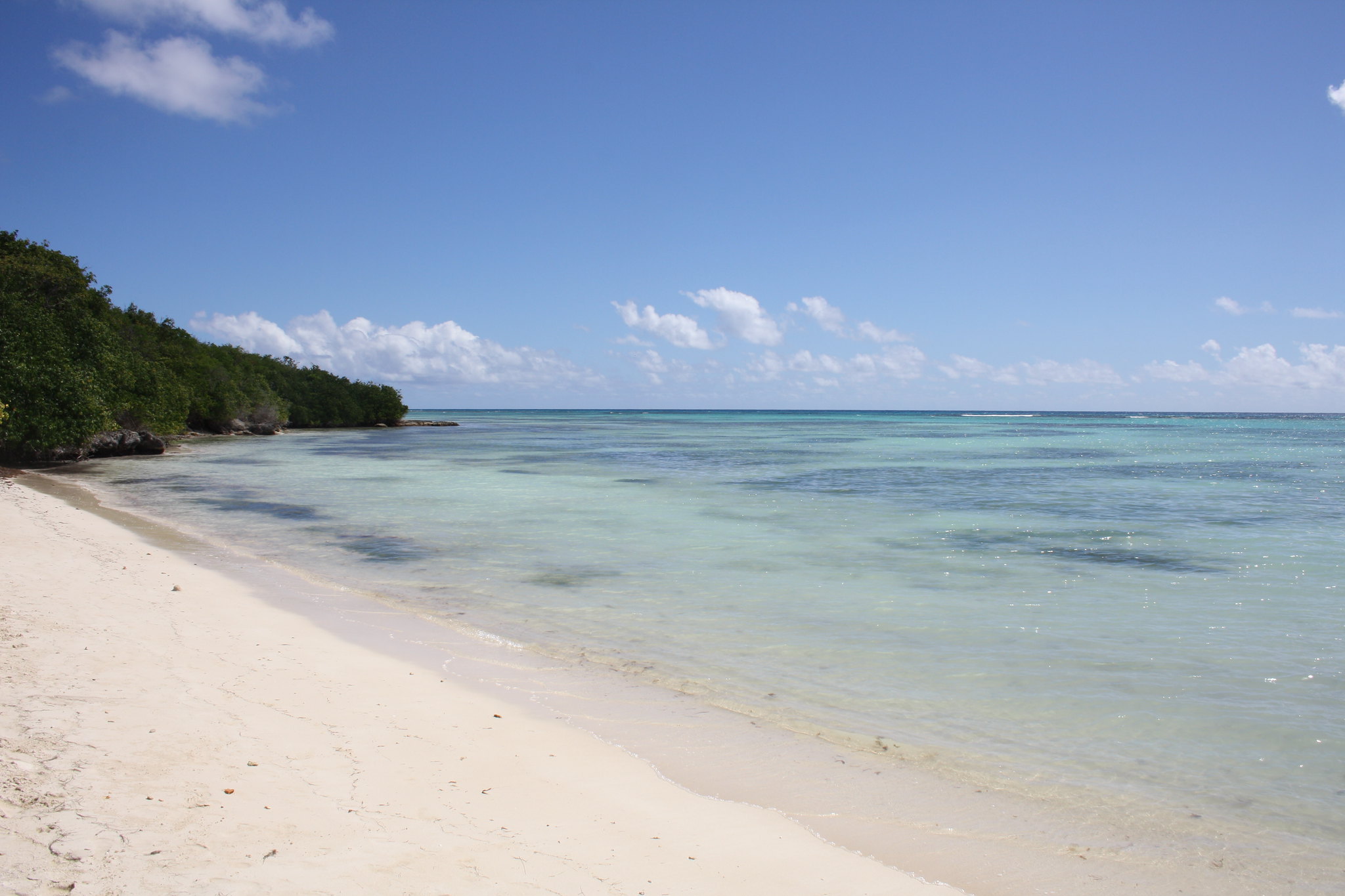 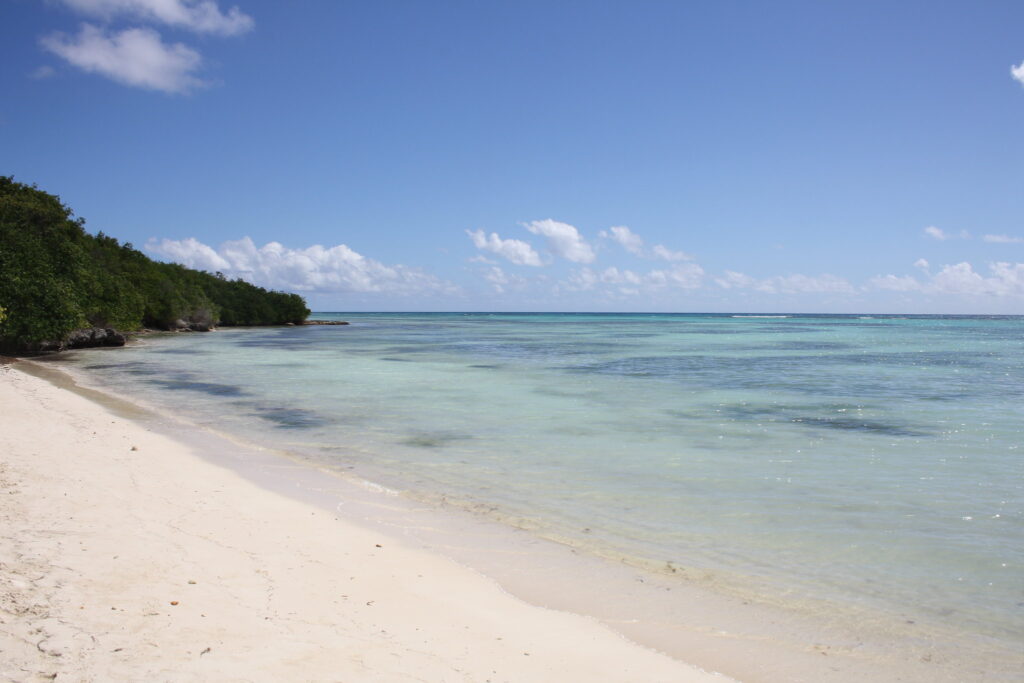 COVID guidelines to travel to Guadeloupe.

One of the French Caribbean territories, Guadeloupe is an archipelago with its two biggest islands resembling a butterfly. Apt imagery for a place that is filled with incredible sights ranging from lush natural environments, spectacular diving spots, and picturesque beaches.

The places to see are spread out over the two main islands, and the smaller ones located less than an hour’s travel away from each other. So expect to go island-hopping through ferries, each costing from 25 to 45 Euros. This site can also be used to book them.

Here are some of the top destinations in Guadeloupe:

Les Saintes is an archipelago near the south of Guadeloupe. Only two islands are inhabited: Terre-de-Haut and Terre-de-Bas.

This island has a more European appearance to it, owing to most of its inhabitants descended from French settlers. This was due to the island being suitable for industries using slave labor. Bourg de Saintes is an example of this European appearance with its shops, bakeries, and whitewashed  houses with red roofs.

One of the places to check out here is Fort Napoléon and the museum in it, where you can learn more about the history of the island and its culture. Terre-de-Haut also hosts a handful of beaches. The Anse à Cointe beach is a good spot to go snorkeling, and the Anse Crawen is a more secluded beach that’s also semi-nude. 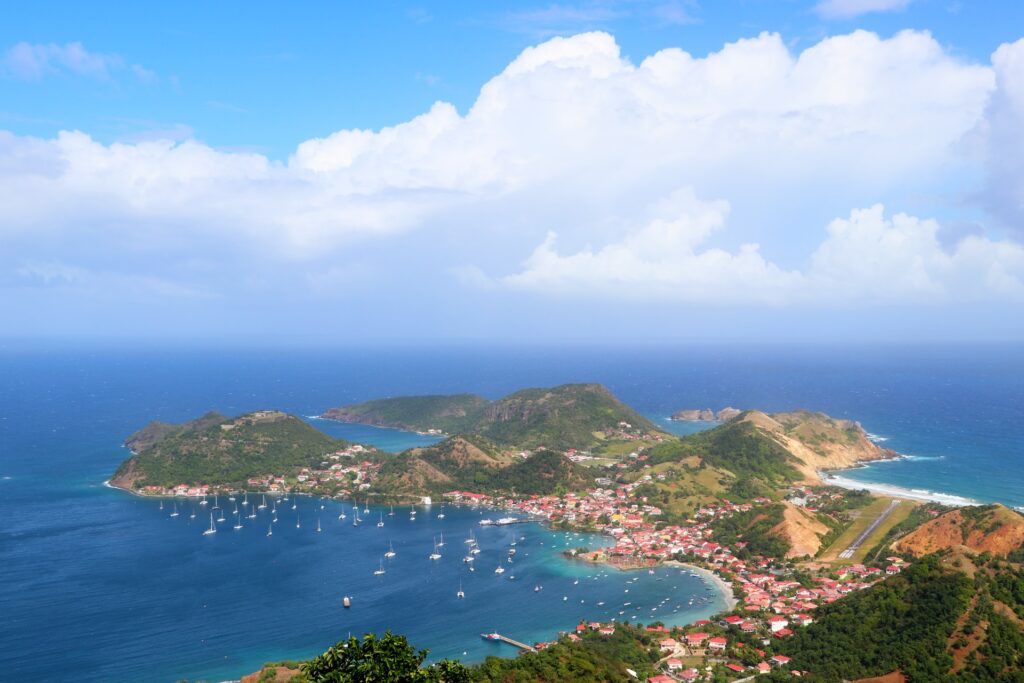 This island is the larger, but less populated counterpart of Terre-de-Haut. Where the latter is known for its establishments, Terre-de-Bas is known for its hiking trails, local crafts and fishing villages, but both have good beaches. Some examples of local craft include the Salako hats, and the Saintoise boats.

Designated a UNESCO World BIosphere Reserve, this is the first national park in a French overseas territory. The park covers the rainforest, the Soufrière volcano and some marine areas.

The park has around 300 kilometers of hiking trails, so you should be able to thoroughly explore the natural environment. You might come across species such as raccoons, the Guadeloupe woodpecker, agouti( a type of rodent), and Hercules beetles. A popular hiking path is on La Soufrière volcano, which is the highest peak in the Antilles, standing at 1467 meters.

Waterfalls are also found, with the most popular one being the Cabaret falls with its highest rise at more than 370 feet. You can also find hot springs near it. If you prefer to see the attractions through a scenic drive, then you can take the La Traversée road where you can stop at the Maison de la Forêt to learn more about the park.

Finally, you can also appreciate the park’s diversity of aquatic life, such as through a boating trip or snorkeling excursion. Some of the fish and animals you can see here include varieties of koi fish, crabs, sea turtles, and brown pelicans.

This museum is the major landmark of the Pointe-à-Pitre island, located on land where a sugar factory once stood. A symbolic location considering how slavery was used in producing sugar. It was opened in 2015 to document the tragic history of the Transatlantic Slave Trade and learn from these mistakes. It details the region’s history from the period of discovery by Columbus till modern day slavery.

While there are different tours with different durations, it is recommended you take those lasting at least two hours. It is a given that you must respect the rules of the museum, including the prohibition of taking pictures.

This botanical garden has a spectacular variety of plants and trees from around the world, spread over 7 hectares of land. Some of the species include hibiscus, water lilies, banyan, and orchids. The garden also hosts an aviary with bird species such as parakeets, hummingbirds and the pink flamingo. Outside that, fauna species include koi fish, goats, ladybugs and lizards. Some services offered here include a restaurant that has a scenic view, a play area for kids and a gift shop.

A trip to the beach is a staple for every Caribbean vacation. Here are some of the top beaches in Guadeloupe:

Being the largest beach in Guadeloupe, it’s a long stretch of golden sand, facing a deep blue sea, surrounded by hills, and trees. Being a very popular beach, you will need to come early in the weekend to get a spot for yourself. The waves in the sea can be a bit choppy, so be cautious when swimming.

Where La-Grande Anse wasn’t ideal for swimming, the Plage de Bois with its shallow waters is. It’s even a good swimming spot for children, so expect plenty of families to be around here. Parking facilities here are also exceptionally convenient.

This beach is a bit secluded, as you have to go through a dense covering of coconut trees to get here. It’s good for both swimming, and snorkeling along with having a laid back atmosphere.

Where to sleep in Puerto Rico. 5 destinations.