10 Amazing Activities To Do In Haiti

HomeNewsHaiti News10 Amazing Activities To Do In Haiti 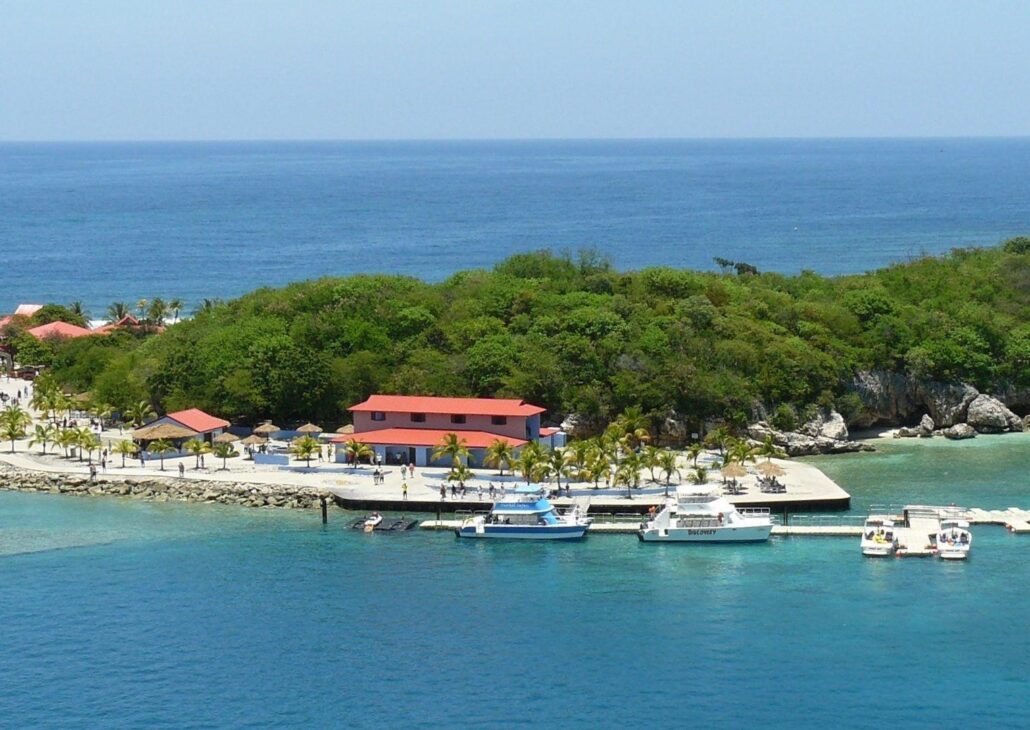 10 Amazing Activities To Do In Haiti

Haiti is a Caribbean land that shares a part of the island of Hispaniola with the Republic of Dominican. Basically, the name Haiti comes from the Taino language meaning “ the land of high mountains”. The tourist has a large choice in his bouquet list of the tours if alongside the sea or in mountains, or Unesco world heritage sites. He can enjoy this Caribbean state of multi-facets. Imagine landing with the plan to the international airport of Cap Haitien. From there you can start an amazing tour. It is the first capital of French colony Haiti with the location of the government Kingdom of Northern Haiti. Along the harbor there are a lot of colonial buildings. Including the Cathedral of Our Lady of Assumption and monuments around like Héros de Vertières. Named the Paris of Antilles, has the old style of the 17th -18th century. A good experience to book a night in the Hotel Imperial and to have lunch in Restaurant Lakou Lakay to taste traditional creol prepared dishes, make sure to book beforehand. Also, you can try the coffee Boukanye. It is only 6 miles away from the beach resort of Labadee. It is nearby also the  National History Park, the Citadelle Laferrière and Sans Souci Palace. It is an area of historical interest that is listed in the Unesco World heritage sites. They are the symbol of universal liberty. In this area you can visit the Palace of Sans Souci, the buildings at Ramiers and the Citadelle. The National Park was established in 1978 in a splendid natural mountainous set with luxuriant vegetation and biodiversity. It is a large fortress located at the top of the mountain Bonnet á l’Évêque, 17 miles away from the city of Cap-Haitien. It is built by slaves to gain their freedom. The Citadelle was the outpost in the war of independence in the defensive strategy of Haitian against French troops. It is an african derived military fortification in the American continent as african colonial architecture. Citadelle is one of the most touristic sites in Haiti. The pathway starts from the palace of Sans Souci, where many are required to pay a small amount and to offer to rent a horse. Several people sell souvenirs or drinks as coconut juice. The tourists need to climb the numerous stairs. The palace represents another symbol of the Independence of Haiti. It is situated in the town of Milot and part of the Unesco area. It was the residence of Henry I, king of Haiti. In the origin 9 palaces for the service to the king with others 15 chateaux. According to different theories, the palace remake the style of the Prussian king Frederick Great’s palace in Potsdam, commonly called Sanssouci, other studies affirm that it is inspired by the design of the Chateau de la Malgrange, in Nancy. It is located on a small plateau with various sections of walls that divide the residential complex. There are also a couple of pairs of fortified redoubts. The site offers a panoramic view of the Citadel. These buildings, along with the two monuments above, are among the few structures built after Haiti gained independence. It is a fascinating city and the capital of Haiti. It can offer numerous hotels and restaurants to tourists. The El-Saieh Gallery takes the name from a leader of a jazz band and patron of painters; it has an amazing collection of Haitian paintings, wood carvings, beads, metal works and mosaics. The palace is gothic in a tropical garden. The Gallery is close to the Oloffson Hotel. The capital offers other sites to visit such as Musee du Pantheon National Haïtien, Barbancourt Rum Distillery and Marche de Fer. The city of Jacmel

Its foundation dates back to 1698. It has many buildings renovated into galleries and workshops by artists and craftsmen. Hotel Florita is the highest rated hotel in Haiti near the beach. If you have the chance to fly to Haiti during the Carnival period, you can join it. It is very famous and hosts an international audience during this period. The city is considered to be one of the safest cities in Haiti. Bassin Bleu are blue pools connected by waterfalls and can be a day trip. It is the second highest mountain in Haiti. The park was established in 1983 and is located in the Massif de la Hotte mountain. The area is declared a Biosphere Reserve. The park covered 8000 hectares of  flowering tropical like orchids, but also a species of fauna like birds and amphibians. Nature Reserve in the Mountains

It is 6 miles from the capital.  In this area, tourists learn the meaning of reforestation and its balance with the anthropic impact. It is recommended to take a private tour of a farm such as the Wynne Farm Ecological Reserve. The tourist can learn about composting, sustainable agriculture, flower production, etc. It is necessary to book the tour in advance.

The cave is a micro-habitat of forest vegetation. You need to reserve a spot, the local guide will borrow the helmet and light. You are going to go into it deep and huge. The tour takes 45 minutes from Port Salut to Port A Piment. The cave has 56 chambers for four kilometres which extend over five levels. The chambers or cellars have biblical, mythological, historical or poetic names. Then the room is called Cul-de-Sac which looks like a plain with mountains all around. On the left, the room is called the Olympus. Then the Hades room which means god of the underworld and is one of the most inaccessible rooms in the cave. There are the rooms: Totem, Gothic full of engravings of sculptures and natural symbols. Still in the first section of the cave. 5 attractive experiences in Haiti to do in 2022