Tropicana, “Paradise under the stars” 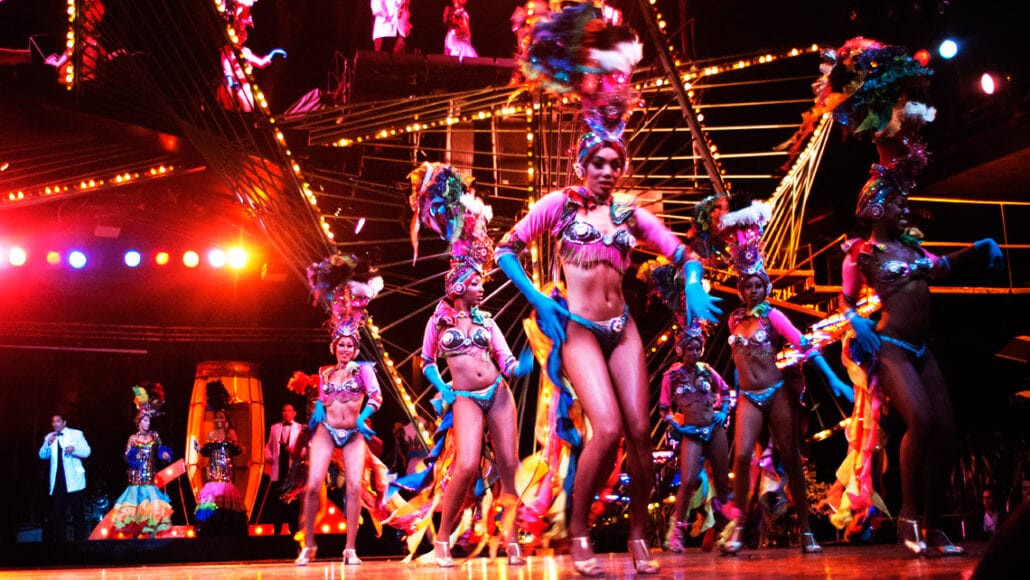 Tropicana, “Paradise under the stars”

The famous Tropicana cabaret in Cuba announced its reopening, which will reaffirm itself to those who visit it as the world-renowned paradise under the stars. The presentations of the show Oh, La Habana will resume, which fuses genuinely Cuban rhythms such as mambo, chachachá and they are in a proposal full of flavor and color. Founded in 1939, the Tropicana cabaret will celebrate its 82nd anniversary this December 31 with a successful story about the performances of renowned figures of Cuban and international music such as Omara Portuondo, Rosita Fornés, Nat King Cole, Carmen Miranda and Pedro Vargas.

Tropicana’s performances have been acclaimed around the world. Squares as dissimilar as the Royal Albert Hall in London, Sporting Club de Monte Carlo Monaco, Friedrichstadt Palace Berlin and the Beacon Theater Broadway, New York ,. In 1992, the stellar space of Mexican television La movida was broadcast to all of Latin America from that forest that for many is the Tropicana cabaret. In that same year, Tropicana was honored by the North American Academy of the Restaurant Industry with the coveted Best of the Best Five Star Diamond award. Located in a wooded area to the west of Havana, it offers its main show in an immense open-air space, surrounded by tropical vegetation.
It also has the Arcos de Cristal room, named for its glass ceiling that creates a special effect for the visitor, who observes the trees and the night sky through it.

The show “Drums in Concert” has been conceived by the experienced maestro Tomás Morales, who here proposes a walk through the most recognized and authentic Cuban rhythms. Without forgetting the Hispanic and African legacy, it incorporates its immediate derivatives such as rumba, danzonete and mambo, as well as Latin jazz in its most contemporary sense, all recreated through a disturbing prism, in which bold choreographies are supported for the realism and richness that the scenography and costumes propose in order to achieve a lavish and impressive staging characterized by a pictorial and cinematographic sense.

Also available will be the Los Jardines restaurant-piano bar, whose haute cuisine delights make it worthy of the Four Forks (or first class) category, and the Rodney Café, a bohemian corner where original entertainment is combined to surprise and captivate.

Bonaire Windsurfers are the World Champions