HomeSpecialAbout the Hurricane Season in the Caribbean in 2022 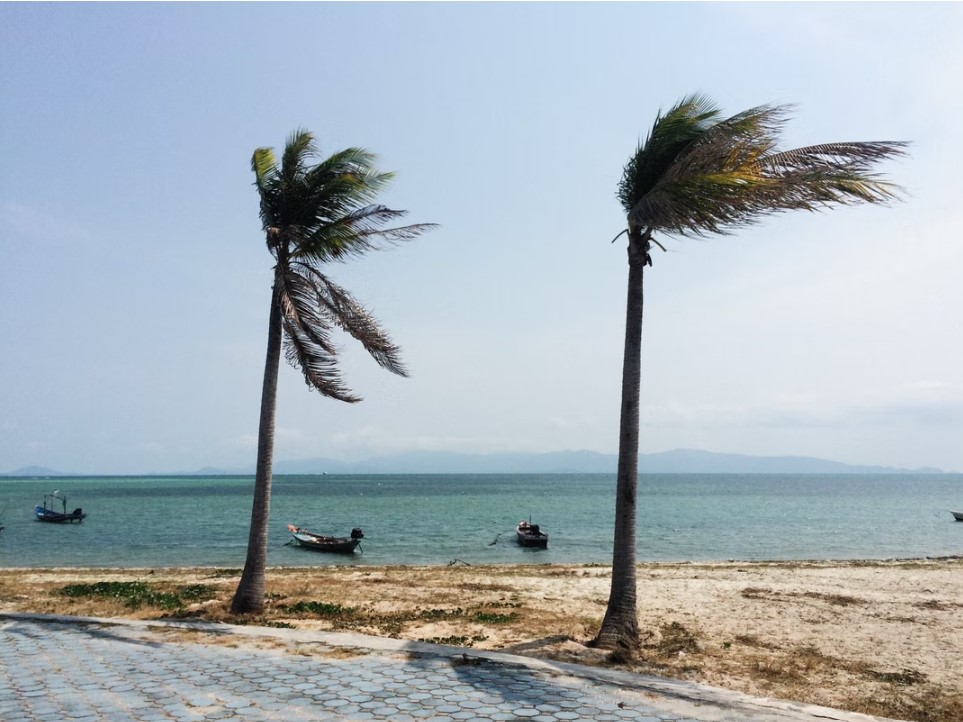 Hurricanes, tropical storms, and tropical depressions are the names given to tropical cyclones that originate in this area, depending on their intensity, which can range from weak to devastating. When the fiercest hurricanes are raging in the Caribbean, you should never travel there because you risk losing your life.

Throughout the season, all meteorological agencies in the region, particularly those from the United States, keep a close eye on wind activity. The hurricane season is officially defined as commencing in June and ending in November. September 10-12 is considered the peak hurricane season in the Caribbean, as this is when the most dangerous hurricanes occur.

Hurricanes normally begin as tropical storms off the coast of Africa and proceed toward the Caribbean, gradually growing in power and magnitude. Hurricanes are usually in their early stages when they reach the islands, hence they usually present themselves only as heavy rainfall or powerful winds.

Hurricanes reach their peak intensity when they approach America’s shores, wreaking havoc and killing hundreds of people. This is primarily due to the fact that residences along the US beaches and on several Caribbean Sea islands resemble cardboard boxes.

When does the Hurricane season start?

Nature, on the other hand, does not employ calendars, maps, or other methods of measurement, as we all know. Hurricane seasons, as well as the number and quality of hurricanes and storms, as well as their paths, can change from year to year.

During hurricane season in the Atlantic or Caribbean, nature punishes the little Eastern Caribbean islands the most, as they are directly in the path of the storms. During hurricane season a few years ago, the southern Caribbean island of Dominica (not to be confused with the Dominican Republic) was heavily affected, as were the Virgin Islands. Hurricane Irma devastated the islands of St. Maarten and Barbuda in 2017.

Residents of those islands will remember the Caribbean hurricane season of 2017 for the rest of their lives. The difficulty with these islands is that there is nowhere to run, hide, or escape. As a result, every hurricane season in the United States causes significant damage and even death.

However, major hurricanes do not strike the area every year. On a map, the hurricanes proceed more tangentially, hitting Cuba, Puerto Rico, the Dominican Republic, adjacent islands such as the Bahamas, and the United States’ coastal areas. After the small Caribbean islands, the United States of America is the second most hurricane-prone region.

That is why, during hurricane season in the Caribbean, US scientists keep watch of all updates. Most hurricanes end up there, regardless of their path. The undeniable advantage of the United States is that there is somewhere to flee to! Simply hop in your car or take public transportation and you’ll be out of the danger zone in about an hour.

During hurricane season in the Southern Caribbean, Puerto Rico is the next most risky location. Even hurricanes headed for the United States can cause significant damage on this island. The Dominican Republic and Cuba, on the other hand, are affected comparatively infrequently. On these coasts, severe hurricanes occur once every 5-10 years on average, and hurricanes with devastating intensity are even rarer.

During the Caribbean hurricane season, the Caribbean coast of Mexico has the least amount of natural disasters. Hurricanes seldom make landfall there. They will lose their authority if they do so. The last storm to hit Mexico’s Caribbean coast occurred in 2005. Most tropical storms and hurricanes miss Aruba, Curaçao, Jamaica, and other Caribbean islands in the western, southern, and central Caribbean. These islands have been spared the brunt of these severe storms.

How to track the hurricane season?

It’s incredibly easy to keep up with all the Caribbean storm season information in this age of space technology: all you have to do is check Twitter or Facebook every now and again. There is always some suggestion of something more serious than a tropical hurricane in any local group. You can join local organizations or weather stations and get daily updates on how another cyclone is building strength in the Atlantic, and where it’s headed.

Every year, detailed statistics on the number of hurricanes that hit the Caribbean during hurricane season are released. If a tropical cyclone turns into a hurricane with the potential to threaten several Caribbean countries, news about it spreads quickly throughout all English-language groups. Forecasts on the hurricane’s path and strength are updated every few hours after that. And the hurricane is still roughly five days away from hitting the United States. As a result, you’ll have enough time to respond fast and leave.

If projections show the highest category and warn of danger two or three days before the storm arrives, that’s when you should start thinking about how to save your life. If you don’t have Facebook, you’ll find out about the impending calamity because all the inhabitants and hotel personnel will be aware of it; the apocalypse’s preparations will not go ignored! There is no danger because the area is big.

The Dominican Republic and Cuba are likewise quite straightforward. Because hurricanes are uncommon in these countries and the terrain is so big, safe spots to escape in advance are usually always available. In the case of Hurricane Irma, those that needed to evacuate quietly did so a few days before the storm hit.

Tourists with children, the elderly, and those who are simply afraid should leave immediately. At the same time, it’s best not to leave it until the last minute, preferably 2-3 days before your flight. Those who dare an attempt to endure the calamity in a sturdy concrete building, preferably not on the first floor and away from the windows.

Did you know that there are special extreme excursions when tourists are transported expressly to view the hurricane immediately before it hits? If the hurricane is not projected to be of the highest category, such as a tropical storm, then the conventional advice is to close all windows and avoid going outside unless absolutely necessary.

Everything about Mustique you need to know in 2022