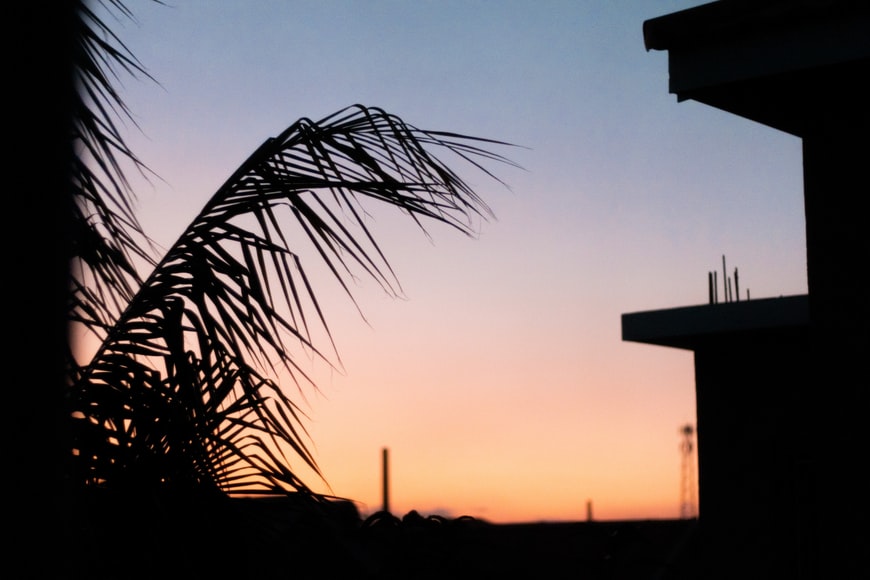 Pack your bags and Get ready to know about Portmore, one of the most beautiful cities in jamaica…its history, beauty, resorts and covid-19 prevailing in this city. Check out this article to know more about Portmore.

If you are willing to travel abroad, please check out the rules and regulations of Covid-19 protocols made by the Government.

The urban municipality of Portmore is located around twenty-four (24) kilometres from Kingston, Jamaica’s capital city. It is situated on St. Catherine’s southeastern shore. Portmore is the second-largest city in St. Catherine, behind the capital Spanish Town. The plains to the north of Portmore and the limestone hills of Hellshire to the south can be split into two areas.

Portmore’s history dates back to the Tainos, the island’s earliest occupants, who arrived around 900 AD. At Port Henderson’s Hill, Hellshire, and Naggo Head, there was evidence of Taino presence. In 1494, the Spanish proclaimed Jamaica a colony, and the Tainos were decimated due to the Spanish colonisation.

When the Spanish capital moved from Seville, St. Ann, to Spanish Town, St. Catherine, Portmore became a focal point. Passage Fort, or The Passage, was initially known since it was the point of departure from Spanish Town, became one of the most significant forts on the island. Portmore also has evidence of Spanish occupancy at Port Henderson and Hellshire, where haciendas may be found. 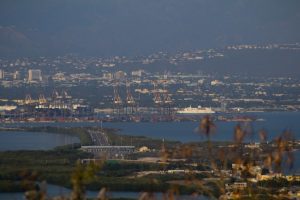 The first housing development in Portmore, known as Independent City, was built in 1969 under the West Indies Home Contractors (WIHCON). Around 1000-1200 two and three-bedroom residences were created as part of the project. The following neighbourhood will be Edgewater Villas were developed.

As time went on, the community became more robust. In 1972 and 1974, Bridgeport phases 1 and 2 were completed. Following that came in the same year, Passage Fort was built, and a year later, Waterford was built. Phase 3 of the Bridgeport project Portsmouth and Southborough were built in 1978 and 1979, followed in 1976.

The beauty of Portmore, Jamaica

There are some of the beautiful attractions in Portmore you can’t miss in your life.

Hellshire Beach, in Portmore, Jamaica, is known for its fried fish and safe swimming. The sands are almost white, with a hint of black sand. The waters near the beach are typically murky due to the churned-up sand when a sea runs to the south. It is a famous public beach that is easily accessible to Portmore locals and weekend tourists from Kingston. Although both pronunciations are legally valid, the town was once known as Healthshire because of its reputation as a health retreat. 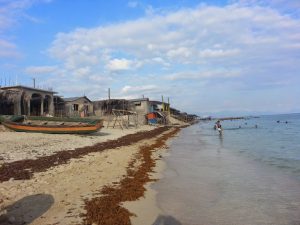 The Green Bay Massacre was an undercover operation carried out by Jamaican government special forces on January 5 1978, which resulted in the deaths of five Jamaica Labour Party supporters. The operation involved personnel of the Military Intelligence Unit, which was and still is a covert operations branch of the Jamaica Defence Force, leading the soldiers into an ambush at the Green Bay Firing Range.

Prinzessin Victoria Luise was a German passenger ship of the Hamburg-America Line of some 4,409 gross register tons (GRT). She is credited with having been the first purpose-built cruise ship. Launched on June 29, 1900, she served with HAPAG until December 16, 1906, accidentally grounded off Jamaica.

Discover why so many visitors choose The Grand Port Royal Hotel as their Port Royal hotel of choice. It provides a budget-friendly environment with various facilities tailored for travellers like you, providing an excellent blend of value, comfort, and convenience.

The rooms include a flat-screen TV, and free internet is available, so you can relax and recharge with ease. The Grand Port Royal Hotel has a sun patio, a 24-hour front desk, and room service. In addition, as a valued guest of The Grand Port Royal Hotel, you may make use of the on-site pool and complimentary breakfast. Guests coming by car will be able to park for free.

Gloria’s Rendezvous is the place to go if you want to eat lobster. Otherwise, try Gloria’s Rendezvous or Gloria’s Seafood, both of which specialise in seafood. Check out Fort Charles (0.4 mi), a famous sight within walking distance of the resort, while you’re there.

If you’re looking for a place to stay in Kingston, look no further. Then look no farther than Tropical Manor Inn, a tiny hotel with a low price tag that puts the finest of Kingston right at your fingertips.

The tiny hotel rooms serve as your “home away from home,” with a flat-screen TV, kitchenette, air conditioning, and complimentary internet, making going online a breeze.

Guests staying at Tropical Manor Inn have access to a 24-hour front desk, newspaper, and shops. Tropical Manor Inn also has an on-site restaurant, which will make your trip to Kingston even more enjoyable. Guests can also take advantage of free parking as a bonus.

Due to their near vicinity, tropical Manor Inn visitors may easily visit some of Kingston’s most well-known sites, such as Trinity Moravian (0.7 mi) and Holy Cross Catholic Church (1.4 mi). Try the local shrimp favourites at Usain Bolt’s Tracks & Records, Terra Nova Hotel Restaurant, or Spanish Court Cafe while you’re in Kingston.

There are plenty of things to do in the region, like visiting the Bob Marley Museum, Devon House, and Port Royal. We’re confident you’ll enjoy your stay at Tropical Manor Inn while taking in everything that Kingston has to offer.

The Courtleigh Hotel and Suites, Near Portmore, Kingston, Jamaica

The Only Address You’ll Ever Need in Kingston To Make A Good First Impression With luxury rooms, one and two-bedroom suites, and our ultra-luxurious Penthouse level, the Courtleigh Hotel and Suites provides discriminating guests with exceptional personalised service.

Direct-dial phones, free wireless internet, a work desk, cable TV with premium movie channels, an in-room safe, a coffee/tea maker, a refrigerator, an iron and ironing board, Bath & Body Works amenities, and a complimentary buffet breakfast are all available. Covid-19 safety measures are in place, and the property has been verified by local authorities and received the WTTC Safe Travels Stamp of approval.

Unless your destination mandates it, you do not need to get tested before leaving the United States.

After you arrive in the United States, you are not required to self-quarantine.

Ensure you’re aware of and following all airline and destination regulations for travel, testing, masking, or quarantine, which may differ from those in the United States. If you do not fulfil the criteria of your destination, you may be denied entrance and forced to return to the United States.

Portmore, despite its tourist appeal, has a high crime rate. The majority of crimes are property theft, home and automobile hacking, robberies, and assaults.

Portmore also has a high rate of drug trafficking and use-related crime. Vandalism and corruption are two things that come to mind, and Portmore is a reasonably safe place to visit.

Like other communities worldwide, it has both good and bad aspects, so proceed with caution. There aren’t many typical tourist sites to choose from.