Ready for St Paddy’s? Here are 9 Best Places in the World for you to Celebrate St Patrick’s Day

HomeFeaturedReady for St Paddy’s? Here are 9 Best Places in the World for you to Celebrate St Patrick’s Day 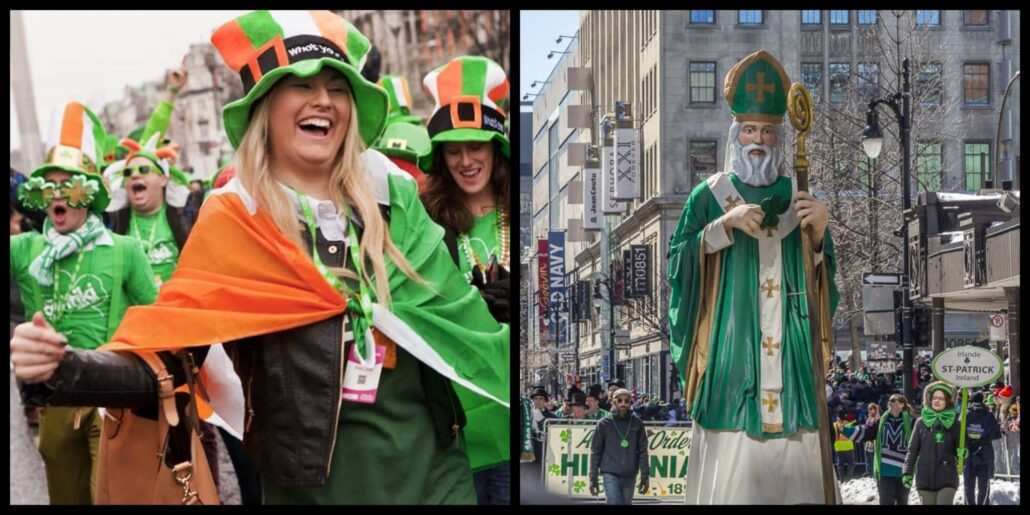 Ready for St Paddy’s? Here are 9 Best Places in the World for you to Celebrate St Patrick’s Day

From getting a shamrock-shaped stamp on your passport to dying an entire river green- find out how different countries celebrate St. Patrick’s Day!

Go green every day but especially on St. Patrick’s Day! 17th march is marked as the feast day of the Patron saint of Ireland- St Patrick. Though the holiday was at first largely religious, 18th century European immigrants to the United States brought St. Patrick’s Day traditions with them and later it spread all around the world.

Fun Fact: Although blue was the color traditionally associated with St. Patrick, green is now what the occasion relates to.

Take a tour with us to see how this feast is celebrated in different countries. (Click Here for Latest Deals)

You start celebrating St. Patrick’s Day from the moment you land (CheapOair) in Montserrat’s airport because you are welcomed by a shamrock-shaped stamp on your passports. Stalls here sell traditional food as well as the traditional rum punch cocktails.

The celebrations go on all week long which include freedom run from Cudjoe Head to Salem Park, a nature hike, and a junior calypso competition. Locals come out into the streets wearing their national dress (of course green in color) to play dominoes and marbles and masquerade dancers will put on colorful displays, which is also a symbol of commemoration of the slave history in Montserrat.

St. Paddy’s day brings out more than 2 million people for the parade and accompanying debauchery, which takes place in n the area around St. Patrick’s Cathedral in Midtown. US Hotels.com: Save big NOW on all hotel bookings with up to a $100 Cash Back Rebate with code REBATES22! Book by 12/31/22, Travel by 3/31/23. 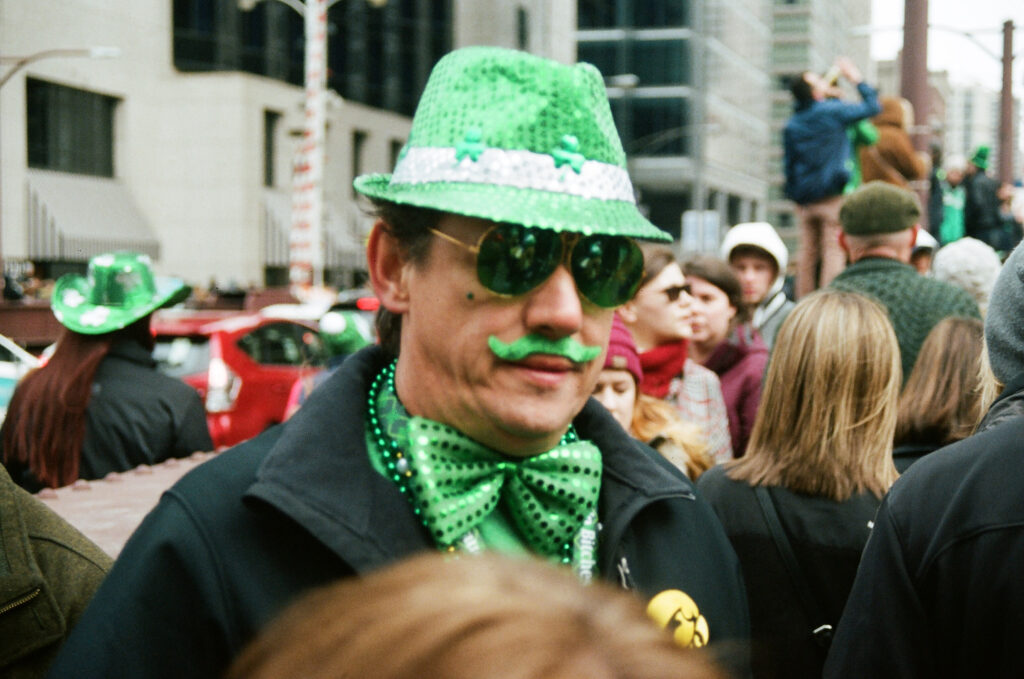 The Chicago River is dyed in emerald green to celebrate Irish heritage. More than 400,000 people come down to watch the water change its color after which troops of Irish step dancers and bagpipers travel up to Columbus Drive through Grant Park starting at noon.

The largest El Dia de San Patricio celebration that takes place in Buenos Aires is the largest in South America. The streets of the capital are full of costumed elves, fairies, bagpipers, and Irish dancers.

India has more than one reason to celebrate St. Patrick’s Day. One, Indians love to celebrate, and two, feast day comes around the festival of Holi. Gateway of India in Mumbai is turned green for the day and Irish Pubs serve traditional beers with exciting discounts, (Check our Latest Offers).

So many Canadians have Irish ancestry because Irish immigration to Canada began in the 17th Century. In modern times, Typical celebrations include dressing in green, displaying Irish symbols such as the shamrock, and drinking green beer in St. Patrick’s day celebration.

Dubai leaves no chance to party and the Irish community organizes a St. Patrick’s Day ball where everyone gets together and fosters a community spirit. People of different nationalities take part in musical, dance, and sporting events to pay tribute to the patron saint of Ireland.

Even though New Zealand is almost across the world from Ireland, Irish-Kiwis does not shy away from St Patrick’s day celebration with some Irish flute music and step dancing and even Chinese lion dance.

The parades in Japan have only grown bigger and bigger since 1992. What started off as Irish ex-pats as a way to introduce Irish culture to Japanese people has not become a dress-up of Irish and Japanese costumes.

In Australia, it’s a family show. The festival brings the community together to celebrate the culture and heritage of Ireland. People don their greens and enjoy traditional  Irish breakfast or a Guinness pie at lunchtime or a few lagers after work. Even though it’s not a public holiday (St. Patrick’s Day Deals ) in Australia, Aussies do know how to celebrate a feast in a great fashion. Children’s parades, craft stalls, food vendors, and live musical performances transform the land of kangaroos into an Irish village.

Ever wondered how St. Paddy’s Day is celebrated in its homeland? Even though it’s a ‘religious’ holiday in Ireland, there is as much beer, food, and debauchery as there is in the States. The massive parade draws more than a million people to watch it. However, on the outskirts of the city, you can celebrate it in a more low-key fashion.

We’ve only given you a virtual tour. Plan a trip in the coming spring to one of these countries to enjoy Irish culture with a little bit of a foreign twist.

Best time of the year to travel to Puerto Rico