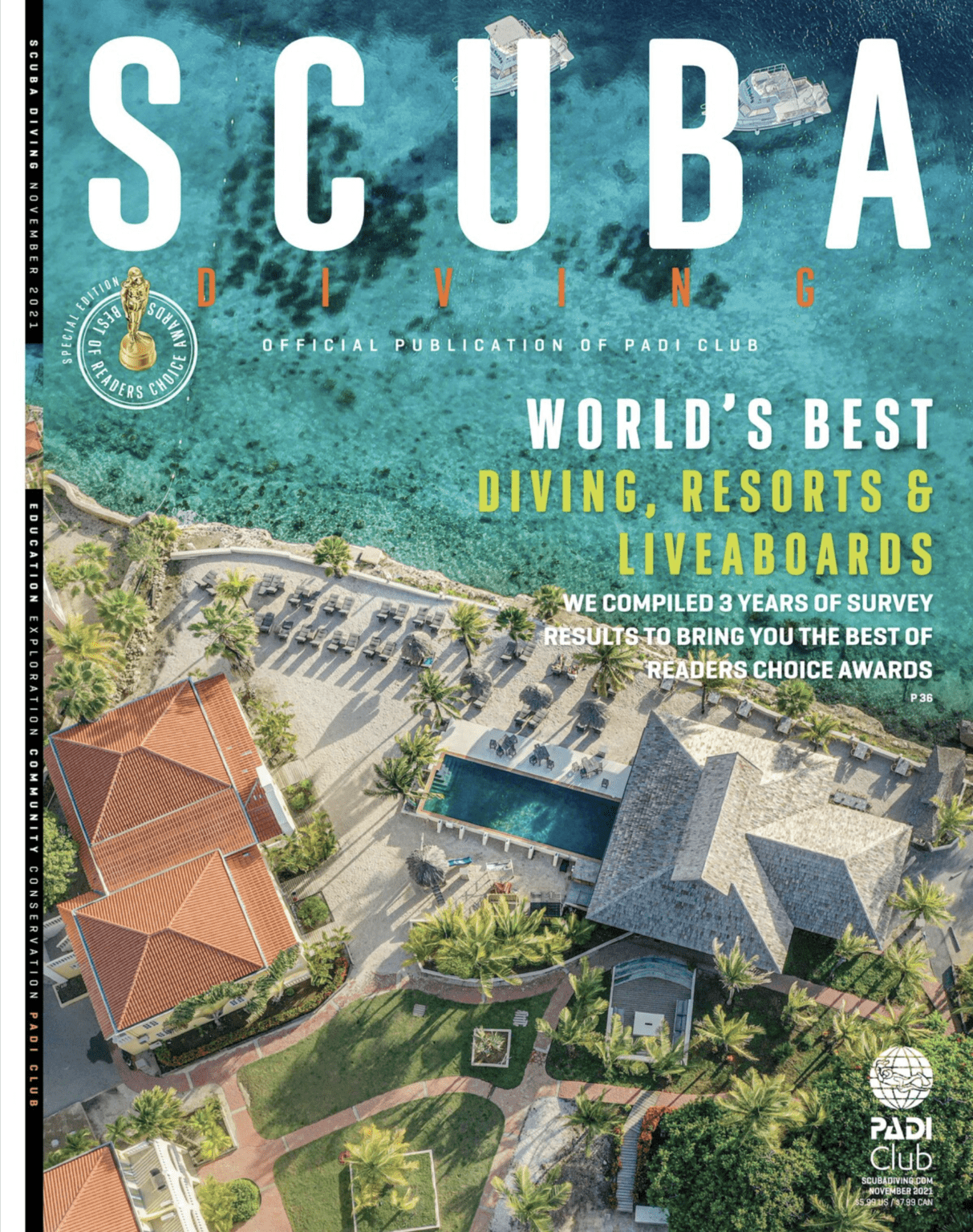 Scuba Diving magazine announced the results of its 2022 Readers’ Choice Awards in the November 2021 issue, recognizing Bonaire in 12 categories.

Nearly 6,000 recreational divers participated in Scuba Diving magazine’s 29th annual Readers’ Choice Survey to name the best diving destinations in the world, with votes counted in a variety of categories based on dive destinations visited over the past three years. Bonaire’s reputation as a diver’s paradise continues to dominate the scuba scene as the island secured 12 different awards in the 2022 Reader’s Choice Awards, including seven number one ratings. For the 29th consecutive year, Bonaire has maintained its reign as the number one Shore Diving Destination in the Caribbean/Atlantic region. The island also received first place in six other regional categories including:

“We are thrilled to have Bonaire recognized among the world’s top scuba diving destinations in this year’s survey,” said Miles Mercera, CEO of Tourism Corporation Bonaire. “It’s an honor to receive the top overall spot in the Caribbean and Atlantic region, and to see a number of our partners also on the list. As an island, our continued goal is to protect what makes our surrounding underwater world the pristine paradise it is that attracts divers of all skill levels year after year.”

The 2022 Readers’ Choice Awards are published on www.scubadiving.com and in the November 2021 issue of the magazine.