St Kitts and Nevis’ is making headlines again as it recently welcomed four cruise ships simultaneously! On the 7th of December, the islands welcomed these cruise ships to its Port Zante dock, three of which were from celebrity cruise lines. This season has been regarded as successful and confirms the dual-island as a top travel destination with global appeal!

Saint Kitts is an island in the West Indies and known formally as Saint Christopher Island. The eastern coast of the island faces the Atlantic Ocean, while the west side borders the Caribbean Sea. Saint Kitts is considered the ‘mother colony’ of the Leewards Islands; English and French settlers arrived here as early as the 1620’s and then spread to neighboring islands. 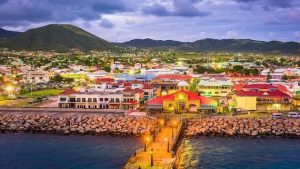 The Federation of Saint Kitts and Nevis is one country constituting Saint Kitts and the neighboring island of Nevis. They are both separated by a 3-kilometre channel known as “The Narrows”. The Island boast of a high literacy rate of approximately 98%, and is known for having one of the highest literacy rates in the world. English is the primary language and residents commonly call themselves Kittitians. The ‘two islands’ country of St Kitts and Nevis was once known as the ‘Gibraltar of the West Indies.’ The islands are the Caribbean’s oldest territories. 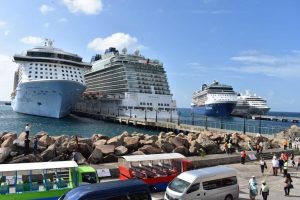 St Kitts and Nevis celebrated a worthy milestone in the month of November welcoming more than 41,000 cruise passengers, in three cruise ships, which was the first time since the pandemic started.

The island is projected to continue this trend in December with an anticipated 60 cruise calls scheduled for the month.

At the time, the Prime Minister Shawn Richards stated, “This is a momentous occasion for the entire country because it reflects continued confidence that our cruise line partners have in this beautiful Federation.” The tourism sector in St. Kitts and Nevis will definitely be kept busy this December! 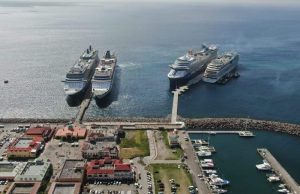 Before the pandemic, the dual-islands welcomed one million cruise passengers for two consecutive years. The construction of Port Zante enabled more ships to dock at the same time, thereby bringing more tourist to the islands. Despite the COVID-19 pandemic, which came along with stringent travel restrictions, St Kitts and Nevis has enjoyed a thriving cruise sector and the islands have continued to attract both tourist and vacationers from all over the globe! This success is not farfetched from the government’s careful management of the COVID-19 pandemic. Measures were taken to ensure the safety of both the visitors and citizens while still providing a fulfilling travel experience. 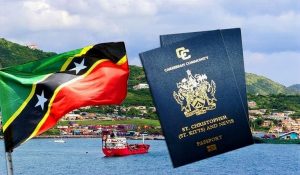 Numerous Investments into the cruise sector has also contributed to its success. Established in 1984, St Kitts and Nevis operates the industry’s longest-standing Citizenship by Investment Programme (CBI), with over 30 years of experience in the investment migration realm. The programme has been emulated in various regions of the world. Funds from the Citizenship by Investment (CBI) Programme which is an initiative that generates foreign direct investments FDI, in exchange for second citizenship, contributed to the project as well. 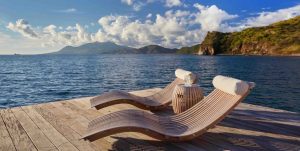 St Kitts and Nevis, undisputedly, remains the world’s best route to second citizenship. Known as a ‘Platinum Standard’ brand as recognized by experts at the Financial Times’ Professional Wealth Management magazine. If you want access to increased travel freedom to over 160 countries worldwide, then Investing in St. Kitts and Nevis to become a citizen of the Caribbean islands, is the way to go! You also gain an alternative business prospect in one of the fastest growing economies in the Caribbean’s and a lifelong citizenship for both your family and yourself! __M.E.