The best attractions and places to visit in Cuba this 2022 The best attractions and places to visit in Cuba this 2022

Cuba, the largest island in the Caribbean, is full of attractions,history, culture and a captivating mystique. Live music runs through the cobblestone squares of Old Havana, listed as a World Heritage Site, vintage cars still roam the streets, and the beautiful old buildings of Cuba’s colonial cities evoke the feeling of a country frozen in time.

Cuba also abounds in natural beauty. This large island has more than 5,000 kilometers of coastline, much of it bordered by dazzling beaches. Coral reefs shimmer in turquoise waters, and Cuba’s lush countryside and sublime islands have played host to presidents; provided refuge for revolutionaries; and inspired writers from around the world, Hemingway among them. With all this history and beauty, as well as excellent diving and fishing, Cuba offers a depth and diversity that few Caribbean islands can rival. 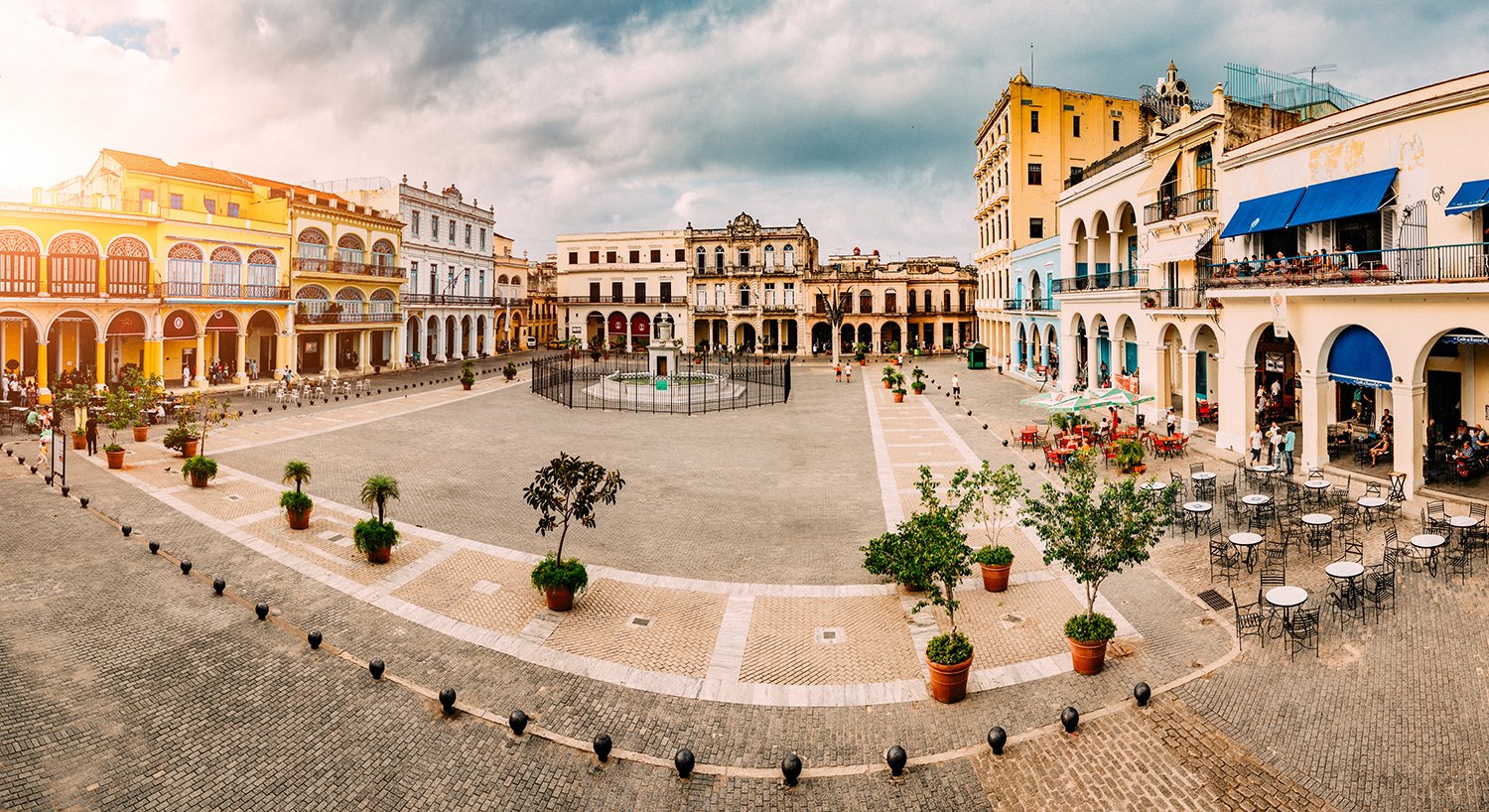 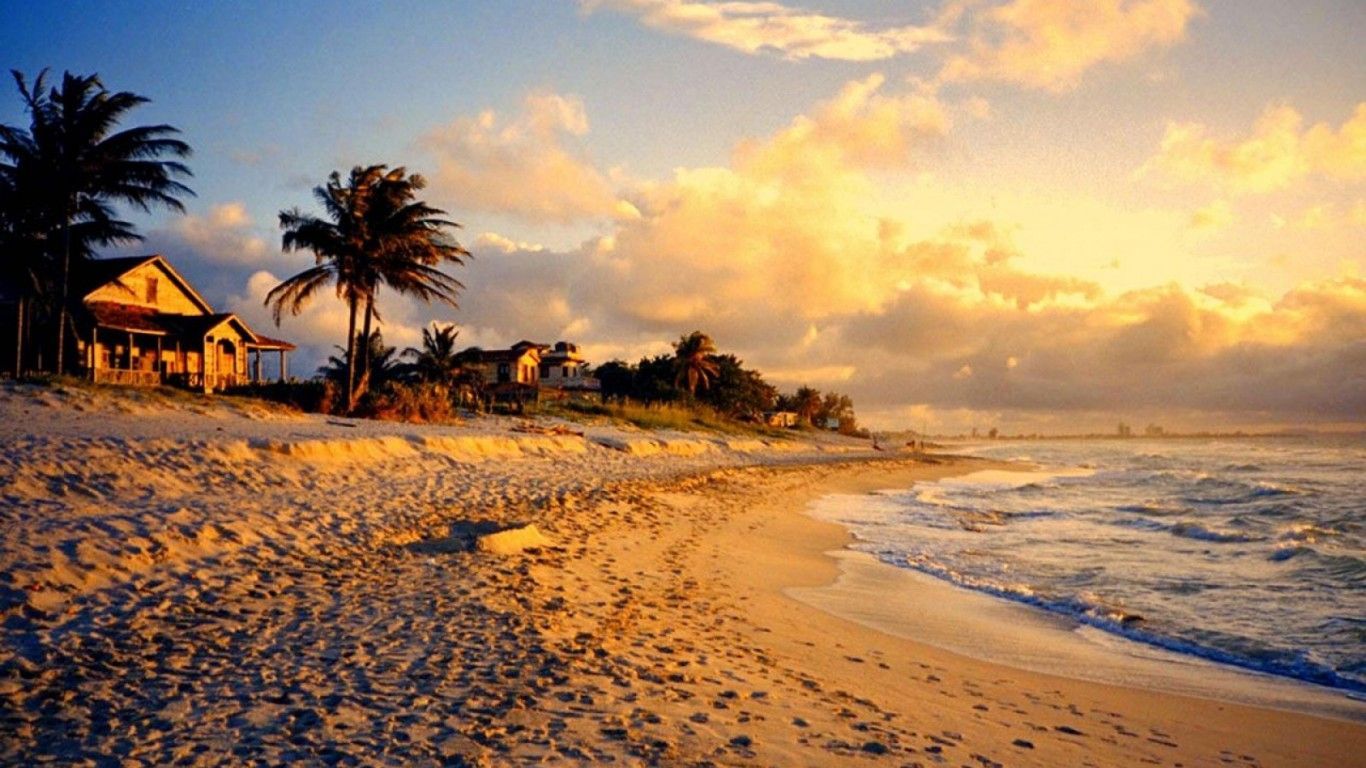 Varadero is one of the most famous beach destinations in Cuba, and home to one of the best beaches in the Caribbean. It stretches along the Hicacos Peninsula, which juts out into the sea off the north coast, where a drawbridge connects it to the mainland. More than 50 hotels line this popular palm-fringed strip, and its magnificent white-sand beaches attract visitors from around the world. Highlights include Parque Natural Punta Hicacos (Varaderos Natural Park), a nature reserve with a nice beach, and the two caves, Cueva de Ambrosio and Cueva de Musulmanes. 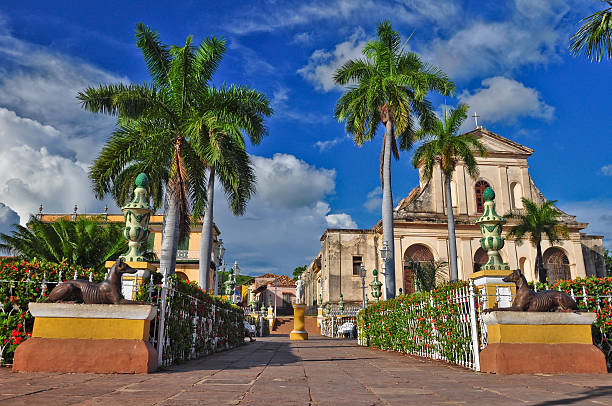 Exploring the city of Trinidad, a UNESCO World Heritage Site, is like stepping back in time. The beautifully restored buildings and cobblestone streets in the center of town exude a picturesque colonial atmosphere. Much of the architecture dates from the 17th to 19th centuries, when Trinidad prospered from both the sugar and slave trades.

Today, Trinidad is one of the best cities in Cuba to visit, apart from Havana. You can enjoy its lively atmosphere on the cobblestone Plaza Mayor , the city’s central square. Above the plaza stands the neoclassical Iglesia de la Santísima Trinidad (Iglesia Parroquial de la Santísima Trinidad). Other highlights include the Iglesia y Monasterio de San Francisco (Church and Convent of San Francisco), with its distinctive bell tower; the Museo de Arquitectura Colonial (Museum of Colonial Architecture); the art gallery at the Casa de Aldeman Ortiz; and the Brunet Palace, a large house, built in 1812 and still retaining original frescoes and marble floors. 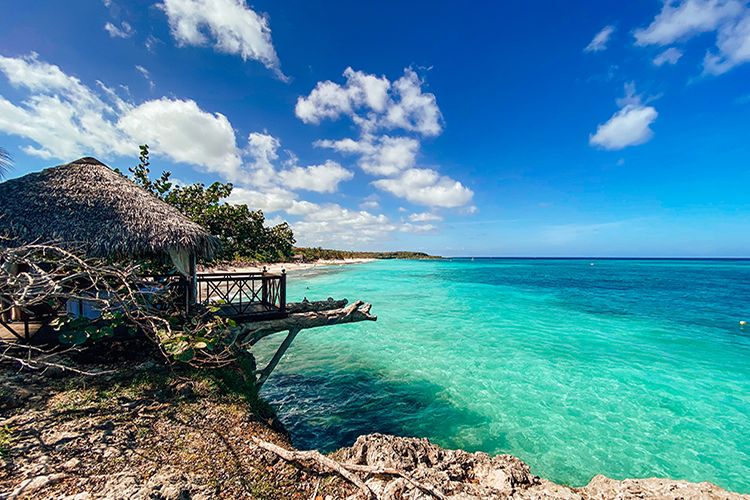 Bordered by sparkling beaches, Guardalavaca, in the Holguin Province, is quieter and more remote than Varadero. Lush foliage surrounds the beach ravine here, providing plenty of shady patches for those seeking respite from the tropical sun. Divers and snorkelers can explore a wealth of marine life along the coral reefs.

Excursions from Guardalavaca include jungle adventures, sailing trips and tours of Santiago de Cuba. West of Guardalavaca, Bahía de Naranjo encompasses a large portion of coastline and three islands, including Cayo Naranjo with the popular Dolphinarium, offering first encounters with these gregarious creatures. Chorro de Maita is another side trip option from Guardalavaca, with its native Indian burial area and a recreated Taino Indian village. 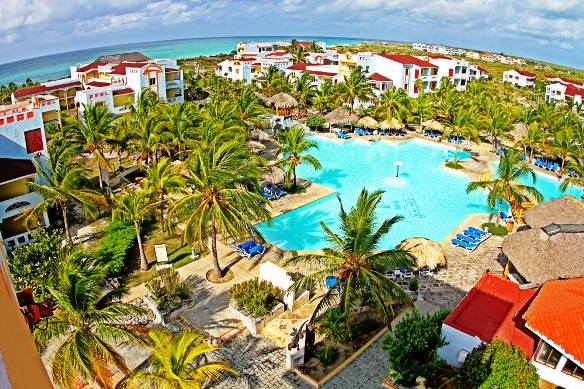 In a country known for its beautiful beaches, Playa Paraíso (Paradise Beach), on the island of Cayo Largo del Sur, is one of the best in Cuba. This sublime thread of powdery white sand and baby blue sea skirts the sheltered western edge of the island and merges with the equally dazzling Playa Sirena. The island of Cayo Largo del Sur is truly a sun worshiper’s destination with a typically dry and sunny climate and few tourist attractions, along with beautiful beaches and plenty of hotels and resorts. 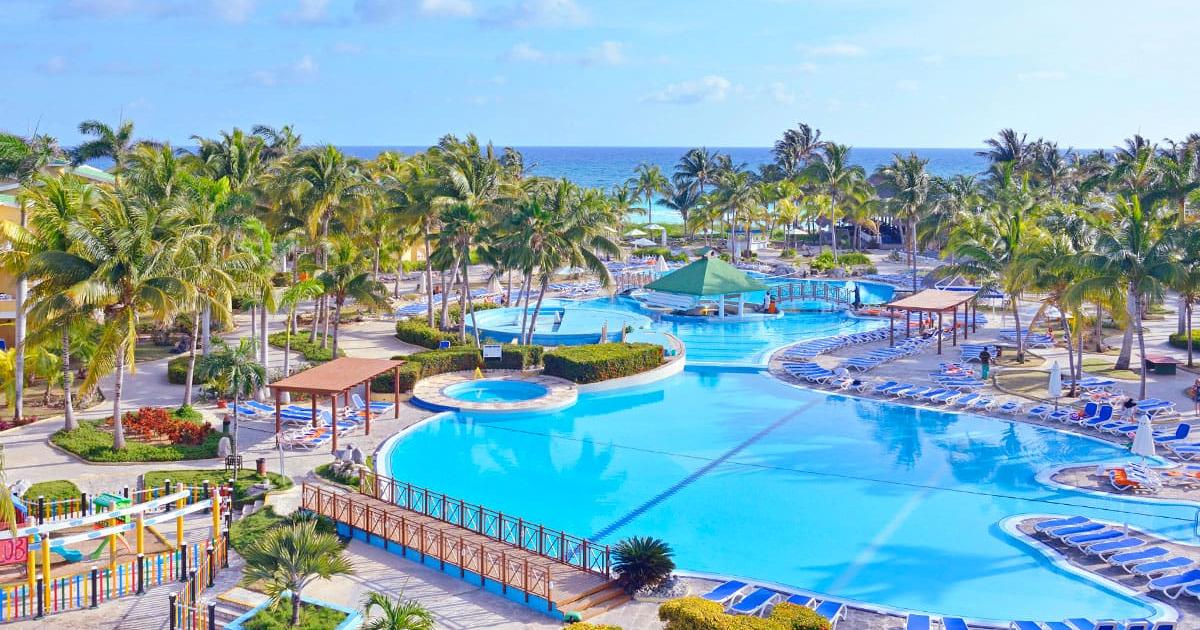 Another of Cuba’s idyllic beach destinations and one of its most isolated, Cayo Coco starred in Hemingway’s novels, Islands in the Stream and The Old Man and the Sea, along with nearby Cayo Guillermo. As part of the Jardines del Rey, the combined Sabana-Camagüey Cayo Coco archipelago is connected to the mainland by a bridge, although most visitors arrive by air.

Sun-splashed beaches are the main attraction. Playa Los Flamencos, on the Atlantic side of the island, is a standout with its five-kilometre string of sun-bleached sand, while the quiet, undeveloped Playa Prohibida offers a peaceful nature trail. The island also offers excellent bird watching. 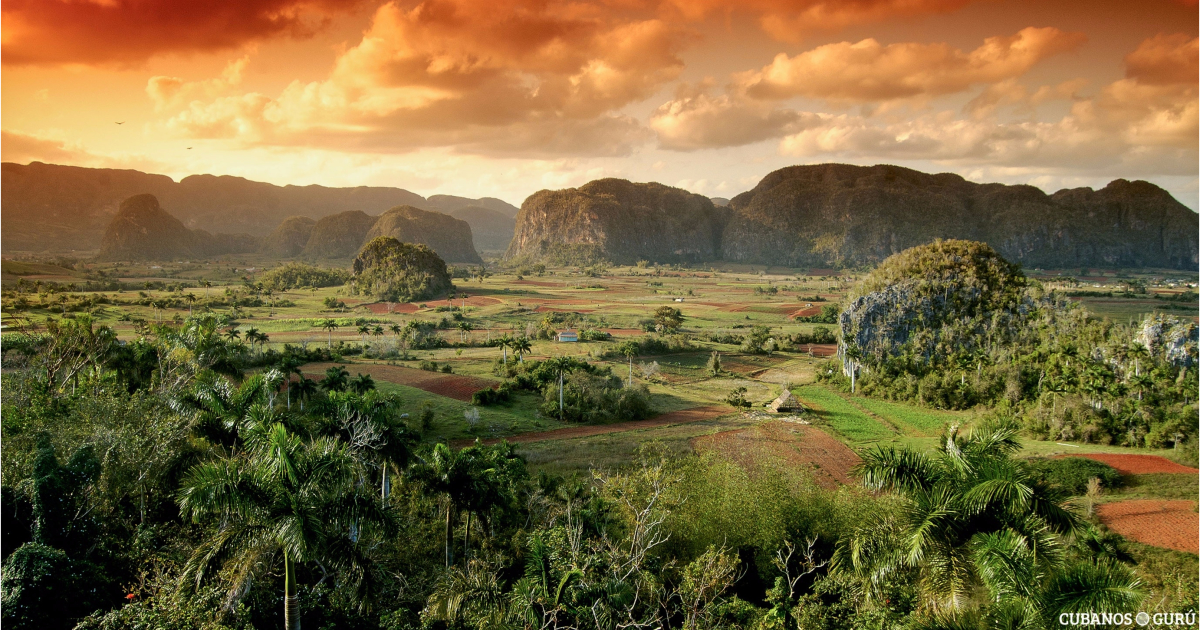 Viñales National Park is a beautiful, green valley in the Sierra de los Organos, north of Pinar del Río. Steep limestone hills, called mogotes, cut through the valleys creating a spectacular landscape. The valleys of the Viñales National Park are agricultural areas where tobacco, fruits and vegetables are grown. For lovers of the great outdoors, the park offers fantastic hiking and horseback riding in the hills. Nearby, the charming town of Viñales is an ideal base for exploring the surrounding area. Tour companies also offer day trips here from Havana. 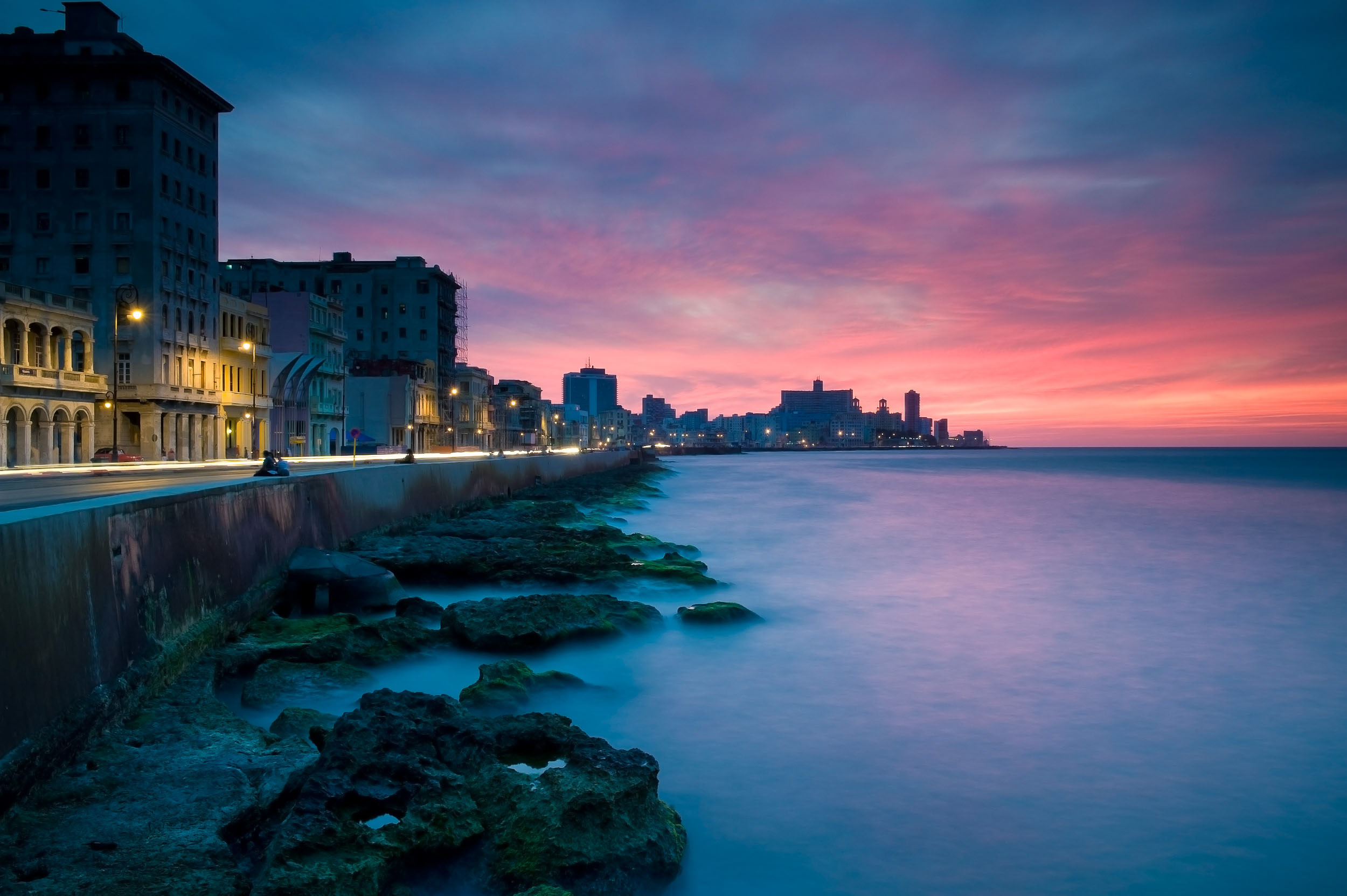 Conceived in 1901 and partially built in 1902 and beyond, the Malecón is Havana’s famous waterfront. A walk through here offers a walk through the history of the city. Along the way, you’ll find a variety of well-preserved 20th-century buildings representing a mix of architectural styles, including Art Deco and Neo-Moorish. Painted in pastel shades of pink and yellow, the buildings are a photographer’s delight, especially in the golden glow of sunset. People watching is a favorite pastime here. Young lovers stroll hand in hand, local fishermen stand in line, and children climb the sea wall. 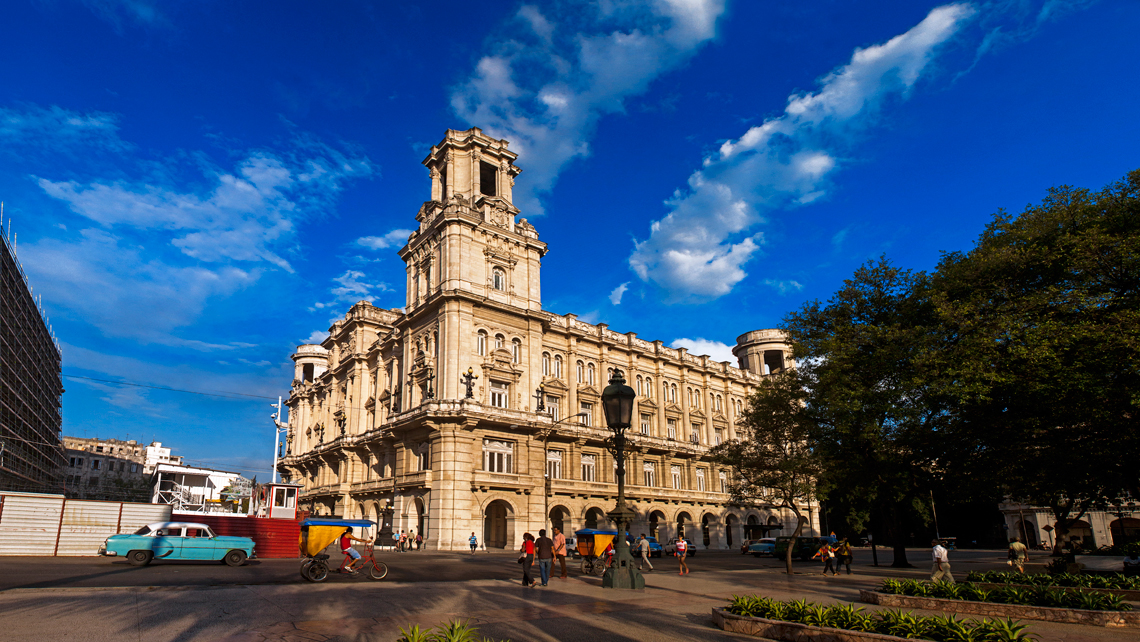 If you are an art lover, do not miss the National Museum of Fine Arts in Havana, with its extensive and impressive collection of international and Cuban art. The collection is housed in two buildings and includes works from ancient times to the present day. Clad in sumptuous Italian marble, the restored Renaissance-style Palacio del Centro Asturiano was designed in the 1920s by Manuel Bustos. Shows international art, including works by European masters; ancient art from Greece, Rome, and Egypt; and works from Asia, the United States and Latin America. The Spanish collection, in particular, is a standout.

The striking marble sculpture “Forma, Espacio y Luz” greets visitors at the entrance to the second venue, which dates back to 1959. This rationalist-style building of the Palacio de Bellas Artes showcases a thought-provoking collection focused on Cuban art from the XVII century. from the century to the present, including sculptures, prints, and paintings. 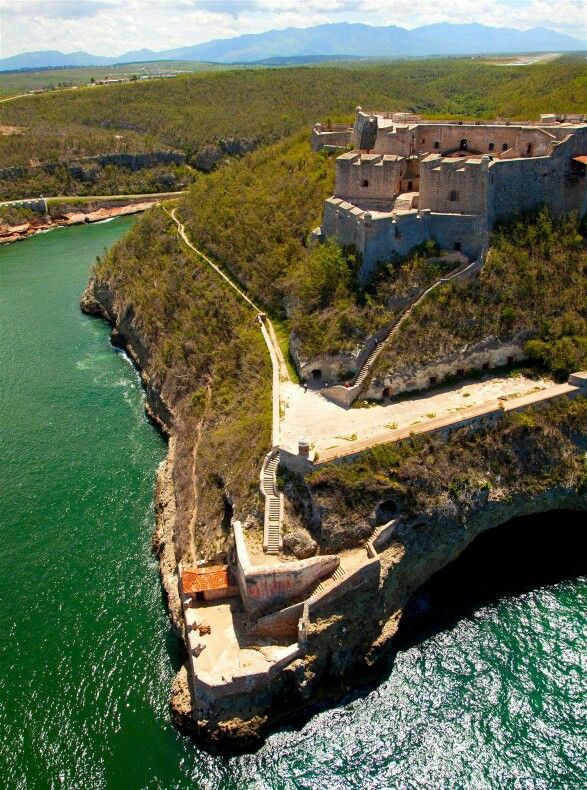 Castillo del Morro is one of the best preserved Spanish fortresses from the 17th century. It is located at the entrance to the Bay of Santiago, about 10 kilometers southwest of Santiago de Cuba, the second largest city in the country. Perched high on a cliff, the structure was designed in 1587 but took decades to build, finally being completed in the late 17th century. It was originally designed to protect against pirate attacks, but also served as a prison in the late 1700s before becoming a fortress once again. Today, you can explore the different levels of the fort, learn about pirates and the fort’s history in the small museum, and enjoy stunning views of the bay.

Other cultural highlights of Santiago de Cuba include the Diego Velázquez Museum and Santa Ifigenia Cemetery, home to the remains of some of Cuba’s most famous military figures. Less than an hour from the city by car, Parque Baconao is a World Heritage Biosphere Reserve, where you can tour coffee plantations, stroll through beautiful botanical gardens, and enjoy stunning 360-degree views over the mountains and sea from the summit of 1,234 meters high. Gran Piedra, a large volcanic rock 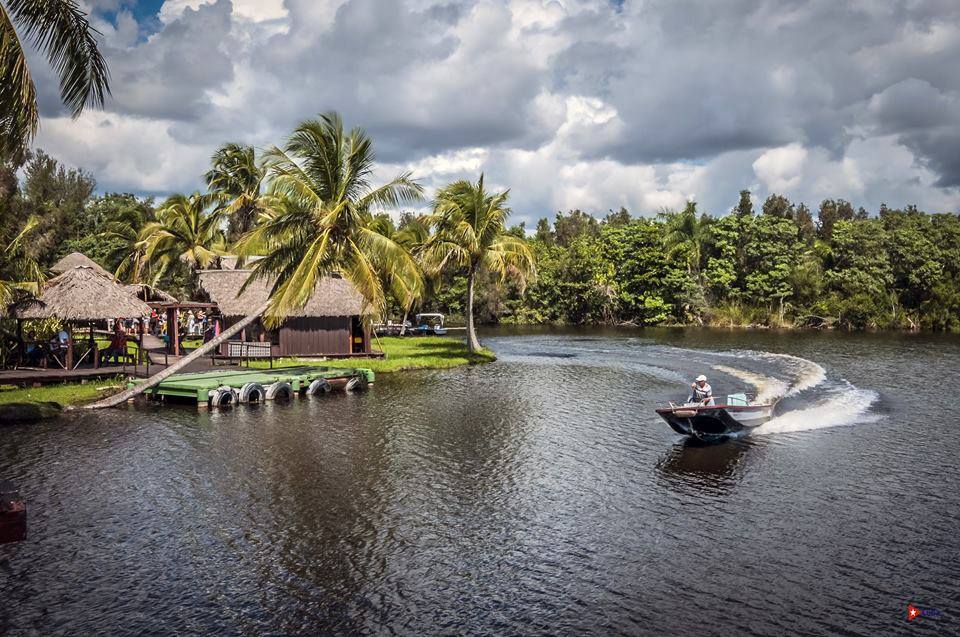 A paradise for bird watchers and nature lovers, the Zapata Peninsula is a remote and sparsely populated area of ​​Cuba with diverse landscapes and one of the largest wetlands in the Caribbean. The Ciénaga de Zapata is a reserve, which is home to approximately 150 different species of birds, including waterfowl, parrots and herons. Crocodiles are also common. A part of the peninsula is a designated nature reserve, the Gran Parque Natural de Montemar, where you can see some of these creatures in their natural habitat. 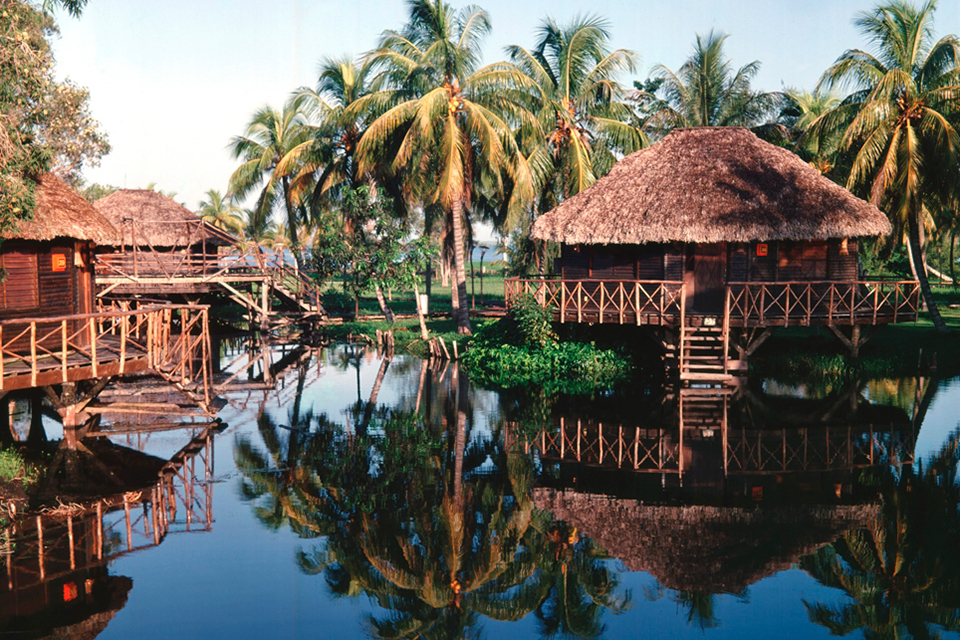 Avid divers can explore underwater wildlife at numerous dive sites along the reef. Boca de Guama is the tourist center of the peninsula, and its main attraction is the Criadero de Cocodrilos, a crocodile farm. Nearby, at Laguna del Tesoro (Treasure Lake) lies Horizontes Villa Guama, a rustic resort designed like an indigenous village that is only accessible by boat. 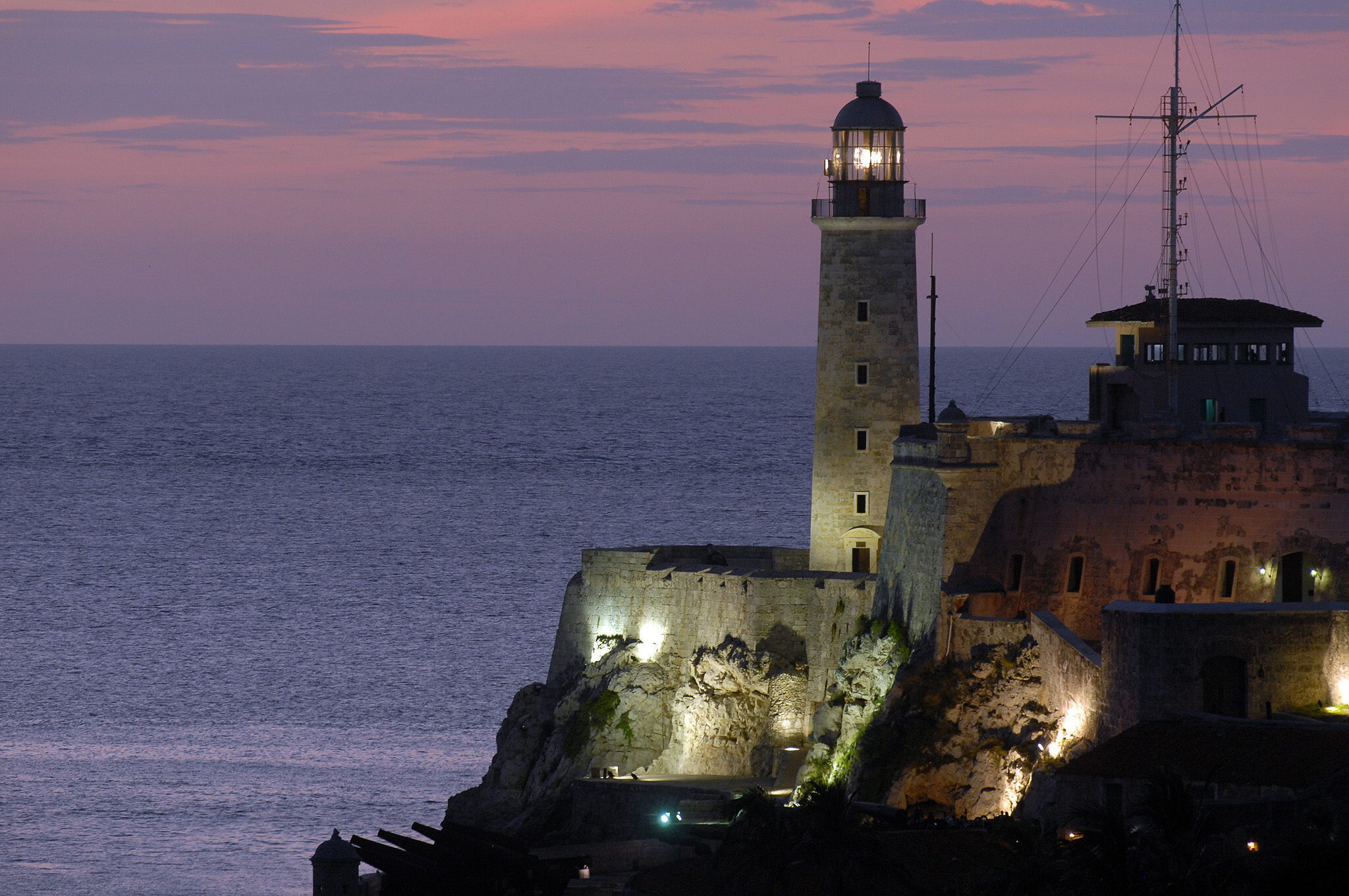 Presiding over the entrance to Havana Bay, El Morro was built in the late 16th and early 17th century to fend off pirates, and it looks much the same as it did back then. The lighthouse was replaced by a stone one in the mid-19th century, but its original lamp still shines out to sea. You can climb to the top of the fort to admire stunning views of the ocean and the city.

Just steps from El Morro, the Fortress of San Carlos de la Cabana, built in the 1770s, was the largest fortress ever built by the Spanish, as well as the most expensive. The fort was converted into a military prison during the Batista regime and was later used as the headquarters of Che Guevara after the Revolution. You can explore the museums that trace the history of this fascinating fort, but the most popular time to visit is at night, when actors dressed in 19th-century costumes perform Ceremonia del Cañonazo, a cannon-firing ceremony at 9 p.m. 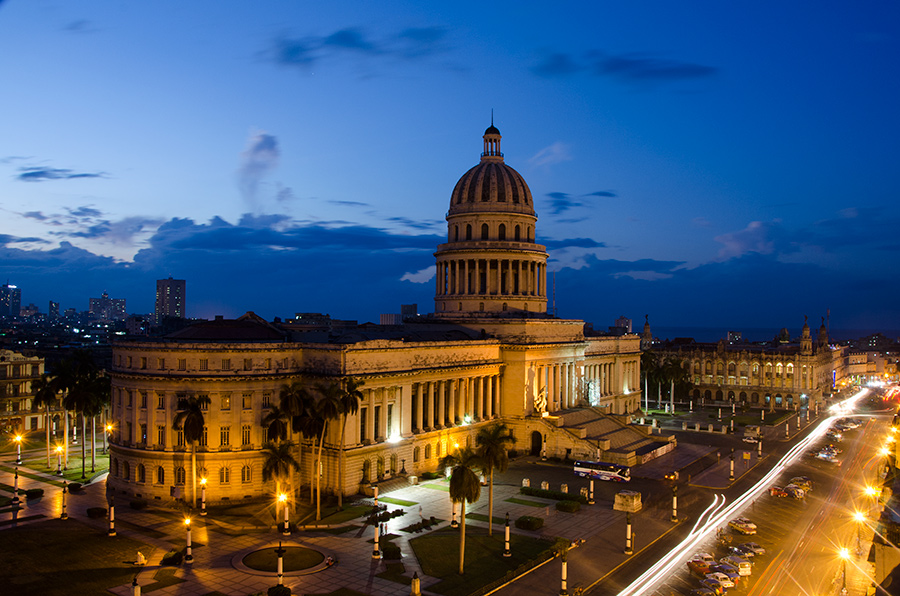 Located in Old Havana, it exhibits large bronze columns and doors in the portico where you can see in bas-relief, various scenes related to national history.

Two huge statues made of bronze and representative of the tutelary virtue of the people and work are found on the sides of the access stairs, works by the Italian sculptor Angelo Sanelis. A harmonious building that perfectly combines the classic on the outside and the eclectic on the inside and has a dome that reaches 90 meters. high that shelters below a statue made of bronze that represents the Republic, totally laminated in gold, located in the so-called Hall of Lost Steps, 14 meters. high and considered the third highest in the world. Right in the middle of the dome you will see a brilliant that indicates the km. 0 of the country’s highways.

Best time of the year to travel to Puerto Rico