Pristine beaches, vibrant nightlife, a rich cuisine, and limitless opportunities for adventure. These are a few examples of the things that make Mexico the second biggest tourism hotspot in the Americas. Here are some of the reasons why you really should consider planning your next vacation in Mexico.

Mexican history spans across millenia with various civilizations inhabiting the region. Many of their remains are in the form of ruins with the most prominent among these being the Chichén Itzá, founded in around the 6th century CE. It’s one of the seven new wonders of the world and you simply cannot miss it if you wish to have a thorough tour of Mexican history. The site holds some highly impressive feats of architecture, a with the outstanding example being the Temple of Kukulcan. The temple is shaped like a pyramid, and in both the equinoxes of the year, the shadow cast by the setting sun appears like a snake slithering down the stairways. You simply can’t help but marvel at the sheer ingenuity of these bygone states. 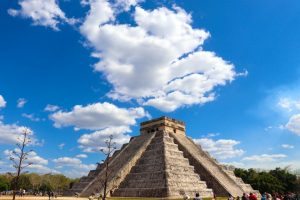 While historical sites can be a highly immersive way of learning and appreciating history, a visit to a museum is still highly stimulating, and a lot more convenient. The best place in Mexico for a museum tour is Mexico city as it is one of the most museum-packed cities in the world. A popular museum here is the Casa de Azul which display Frida Kahlo’s legacy. Another major museum is the National Museum of Anthropology where you can learn about previous civilizations lost centuries ago through the artifacts that were left. Other noteworthy museums in the city include the Memory and Tolerance Museum, the Old Toy Museum of Mexico, and the Museo Anahuacalli.

Indulging in local cuisines is an essential part of any vacation, and Mexico is no exception. You’ll find that different regions have their own popular dishes. The North (El Norte) features many dishes of grilled meats, and has the largest variety of cheeses. The Yucatan peninsula probably has the most distinct cuisine compared to the rest of Mexico. The people there have clung on to much of their Mayan heritage, which is reflected in their cuisine which has also been influenced by cuisines of other cultures. An example is pibil which is a barbecue cooked in earthen pits. 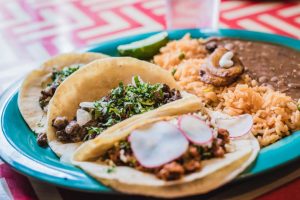 While many dishes are usually found in specific regions, some others are present throughout Mexico, and most of them are street food. The great thing is that these delectable options will likely be a staple of your diet as you travel around the country. Popular dishes include tacos, tamales, elotes, to name a few. Some of the sweeter varieties include camotes which are sweet potatoes with jam and condensed milk, and churros. If you wish to make the most out of any local cuisines, then you might find food tours, such as those in Mexico city a very convenient way to find the best street food the city has to offer. Finally, if you find yourself craving something on the more extravagant side, Mexico city has some great fine dining options. Some of the best restaurants are Pujol and Quintonil.

The beaches are among the featured attractions of tourism in Mexico. And for good reason too, as Mexico has spectacular beaches where you can lay back and chill, or engage yourself in adventure. The towns hosting these beaches also have their own attractions too. Playa del Carmen is great for laidback activities such as beachside strolls, or just for simply sunbathing with a drink in hand. If you wish to do some local shopping then the Paseo del Carmen is recommended. Besides the local shops, Paseo del Carmen also hosts a mall where you can shop and dine. Finally, if you’re looking for something more festive, then Playa del Carmen also has a vibrant nightlife with many bars and nightclubs. The next beach city is Cancun. Alongside its beautiful white beaches, Cancun also has nearby Mayan ruins to explore, adrenaline-filled activities like jet skiing, natural wonders, and many more things to see. The nearby Playa Delfines, named after the dolphins nearby, retains its unspoiled pristineness, and is a great surfing spot. Just be very careful if you plan to go swimming here as the waters may get rough. If you want to try out some more energetic activities, then you can go jet skiing, sailing, snorkeling and exploring ancient Mayan ruins. 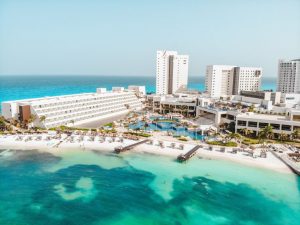 20 Best Beaches in Antigua And Barbuda To Visit In 2022

4 Important Considerations to Plan your St Lucia Vacations in 2022