This new KLM flight is opening gateways for businesses from Europe to the Caribbean Island of Barbados. The first flight is to arrive in Barbados on October 16, 2021 and all 264 seats in three classes, including business class, are sold out.

The arrival of this new flight to Barbados is a historic moment for the country as KLM Royal Dutch Airlines was the first commercial airline to arrive at Seawell Airport in Barbados on October 19, 1938. Eighty-three (83) years later, history is being repeated with a sold-out-flight from Amsterdam to Barbados. According to local tourism officials, flights will operate non-stop from Amsterdam to Barbados, three days a week: – Monday, Thursday and Saturday on KLM’s modern, efficient fleet of Airbus A330-200 with 264 seats. Flights depart Amsterdam at 12:25 CET and arrive at BGI 16:45 AST, and the service will run until March 31, 2022. 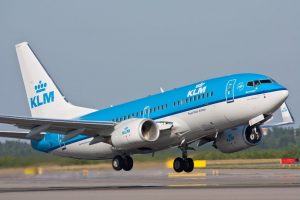 The Minister of Tourism and International Transport, Hon. Lisa Cummins described it as a significant boost for the country’s tourism. “We look forward to welcoming KLM once more, two decades later, to our shores. As we look at the state of the global tourism industry, the fact that amid this pandemic, our partners continue to demonstrate such confidence in the Barbados brand, with KLM adding approximately 20,000 seats from Europe to Barbados over five months, is heartwarming.” The Tourism Minister added that the airlines’ re-entry reflected the work that the tourism team serving Barbados has been doing to close more deals and expand airlift as part of efforts to resurrect tourism on the island amid extraordinary circumstances 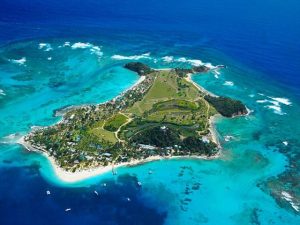 Cummins also said that the development would positively enhance Barbados’ efforts to re-establish its footprint in Europe. She opined that she was “very proud that Barbados can boast strong partnerships with both KLM and Lufthansa, two established European carriers…” even as winter 2021/2022 approached. She promised to keep the thrust going through the rest of the season. KLM is one of the longest-running airlines globally, operating under its original name for a century and is the largest long-haul carrier from Europe, serving 318 destinations in 118 countries with 80 codeshare partners. __M.E.