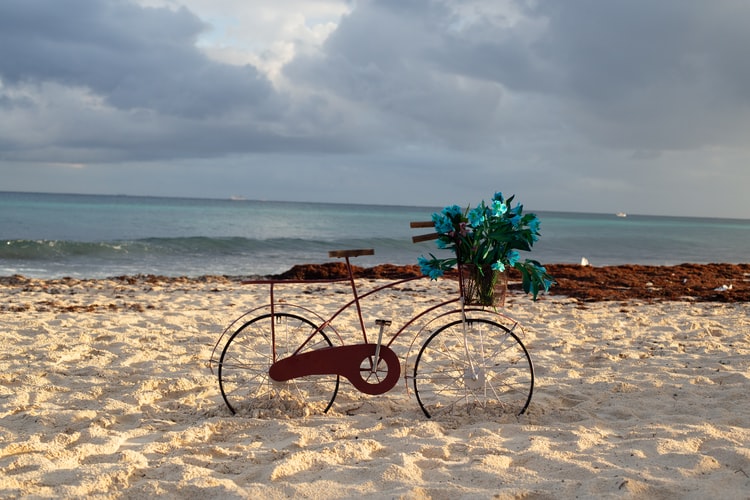 If you are planning to spend your vacation at these Eastern Caribbean islands, make sure to comply with the travel restrictions imposed by the government given the Covid-19 situation.

Here is the list of 7 best Eastern Caribbean islands: 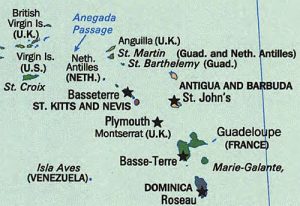 Anguilla is located to the east of Puerto Rico and the Virgin Islands. The Capital of Anguilla is The Valley.

The terrain is low-lying with its highest point lying in The Valley. The highest peak of Anguilla is Crocus Hill (73m).

This territory is abundant in Coral reefs and astonishing beaches. 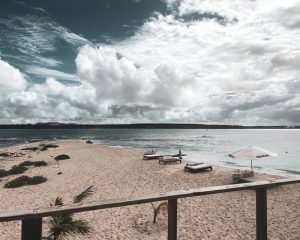 The population of this territory is 14,731, out of which 72% belongs to Anguillan and 28% belongs to Non-Anguillan.

The standard language is English but some of the people also speak Spanish and Chinese.

Boat racing is the national sport of Anguilla. People also play cricket and represent themselves at the County cricket level.

Some of the attractions of Anguilla are as follows:

A small, uninhabited rocky island found in Anguilla. You can easily get to this beach and it is accessible by sea kayaking.

This island offers diving and snorkelling to tourists. Marine life species like Stingrays, turtles and barracudas can be seen in these waters.

One of the abandoned islands in the Eastern Caribbean islands, Scrub Island is located by the eastern tip of Anguilla.

Special Bird species like Caribbean Elaenia, pearly-eyed thrashers, laughing gulls, roseate and least terns are found here and resulting in this island being identified as an important bird area by BirdLife International.

Located 13km to the northwest of Anguilla, Dog island is also an uninhabited island and its coastline consists of low-cliffs and sandy beaches.

Like Scrub island, Dog Island is also identified as an important bird area by BirdLife International as nearly 100,000 Pairs of sooty terns are recorded.

Located in the West Indies, between the Caribbean Sea and the Atlantic Ocean… Antigua and Barbuda are some of the most famous destinations in the Eastern Caribbean islands.

The capital of Antigua and Barbuda is St. John. The population is 99,337 and population density is 186/km^2 and 91% of them are Africans.

They are low-lying islands with terrain formed due to limestone formations and Volcanic eruptions. Boggy Peak, the highest in Antigua and Barbuda is about 402 metres. 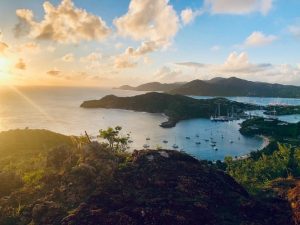 Cricket is a famous sport in these islands and they also hosted the Cricket world cup in 2007. Rugby and soccer are also played.

Some of the attractions of Antigua and Barbuda are as follows:

One of the best beaches in the Eastern Caribbean islands, Half Moon Bay has a great texture of fine white sand and crystal clear waters.

People often visit this beach to perform Snorkelling. This beach is not accessible. You may need a GPS along with you.

Being one of the longest beaches in the Eastern Caribbean islands, the 17-mile beach amazes you with its pink-tinged sand and azure waters thereby, making it beautiful and memorable.

People often like having a stroll at this beach as it has a vast coastline. A bird colony is located nearby this beach which is worth a visit.

Facilities aren’t much available at this beach. You have to bring your essentials along with you.

Being one of the best beaches in the Eastern Caribbean islands, Dickenson Bay is the place to relax, refresh your day by the bay.

This beach is suitable for watersports and people often visit this beach to perform Snorkelling, jet skiing and kayaking etc.

Restaurants, shops are lined up along this beach.

Located to the east of the Caribbean islands, Barbados is an island country… lying roughly 13°N of the equator.

The highest point of the nation is Mount Hillaby which is 340m above sea level. 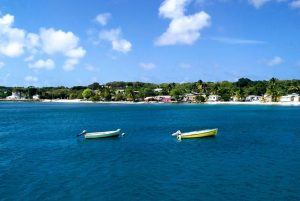 Green turtles, leatherbacks, hawksbill turtles and loggerheads are found on this island.

Cricket is one of the most famous sports played in the Eastern Caribbean islands. Barbados contributed to host the Cricket world cup in 2007.

Some of the attractions in Barbados are:

Being located at the northern tip of Barbados, Animal Flower cave is one of the places to visit in the Eastern Caribbean Islands.

The view from this cave is astonishing and eye-piercing. You can feel the vibes of waves’ gushing through the cave and you can also be lucky enough to witness the humpback whales during February, March and April.

One of the beautiful soft-sand beaches in the Eastern Caribbean islands. Used to serve as cargo shipping in the past, this beach was surrounded by high layered rocks.

Roadline is provided for the people to visit this beach. They constructed a set of stairs that leads them to the beach.

Located to the east of Puerto Rico and Northwest of Anguilla, the British Virgin Islands is a group of more than 50 smaller islands.

The citizens in these islands are British Overseas Territories citizens. The Capital city is Road Town. 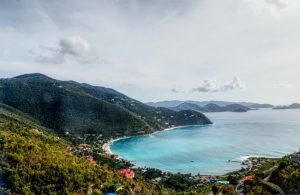 The climate of the British Virgin Islands is tropical rainforest. The average temperature in summer is 32°C and 29°C in winter.

The annual rainfall recorded in this region is about 45.3 inches.

Sailing is the most popular sport on these islands.

Some of the attractions of these islands are:

This park is one of the most famous destinations in the British Virgin Islands and also in the Eastern Caribbean islands.

This park is accustomed to big rocks (boulders) and crystal clear waters where people often visit this place to snorkel in these waters.

Considered as one of the best destinations for water sports in the Eastern Caribbean islands, North Sound is located by the northeast shore of Virgin Gorda.

Being the Capital city of the British Virgin Islands, Road Town is the commercial centre and its harbour is filled with charters, cruise ships etc.

J.R O’Neal Botanical gardens is one of the best gardens in the Eastern Caribbean islands, located in the Road Town where you can find so many varieties of tropical flowers, koi ponds (you may laugh if you are a “The Office” fan), fountains and palms.

The Dominican Republic is a Country located on the island of Hispaniola of the Caribbean region. It is the second-largest nation in the Antilles region.

The official language of this country is Spanish. The Captial City is Santo Domingo.

This Country is one of the few countries in the Eastern Caribbean islands with a great history in Arts. Their styles of paintings range between neoclassicism and romanticism. 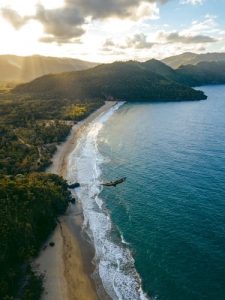 Some of the attractions of the Dominican Republic are:

One of the best destinations in the Eastern Caribbean islands for kiteboarding.

During the afternoon, the winds pick up and people start to participate in kiteboarding. During the morning, they just stroll or swim in these waters.

Restaurants at this beach offer healthy vegetarian food. People also love to surf at this beach provided with the waves coming in and out with minimum height.

One of the pristine beaches in the Eastern Caribbean islands, Bahia de Las Aguilas almost an eight-kilometre- stretch beach where people enjoy having long walks.

But this beach isn’t developed well when compared with other Beaches in the Eastern Caribbean islands. It takes nearly 6 hours to get to this beach from Santo Domingo.

St. Lucia is an island country, part of the West Indies… located by the eastern Caribbean Sea and Northwest of Barbados. 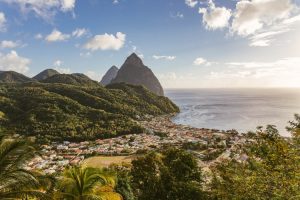 The annual rainfall ranges from 51.2 inches to 150 inches. 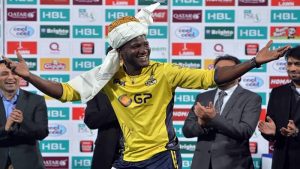 Some of the attractions in St. Lucia are:

Marigot Bay is one of the most beautiful bays in the Eastern Caribbean islands.

The contrast of the pretty calm beach and the grouped hillsides makes the whole view breathtaking.

In the past, the British hid under the bay to protect themselves from the French.

This is one of the most important historical attractions of St. Lucia. British used to hide out at this island and observe the movements of the French to protect St. Lucia from them.

On this island, you can also find two white-sand beaches which are so pretty to look at.

You can walk through the causeway connecting the island with the mainland and enjoy the view from the point.

The Capital of Trinidad and Tobago is the Port of Spain. The population in this country is around 1,366,725 and the population density is 264/km^2. 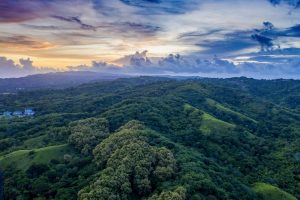 This country is one of the few countries in the Eastern Caribbean islands that provides nesting for leatherback turtles.

Cricket is one of the most popular sports in Trinidad and Tobago. The Greatest of all time player Brian Lara… hails from this Country. 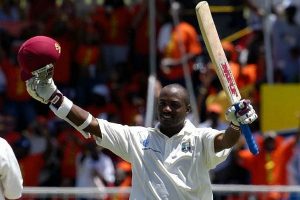 Queen’s Park Oval in Port of Spain is the largest Cricket ground in the Eastern Caribbean islands.

Some of the attractions in this country are:

Being one of the most famous beaches in the Eastern Caribbean islands, Maracas Bay provides some breathtaking views combined with lined palm trees and crystal clear waters.

This Beach has the best ‘lime’ you can ever taste in any other places in the eastern Caribbean Islands.

Las Cuevas Beach is about a 15-minute walk from this bay which is so beautiful and quite peaceful.

One of the most popular stretch beaches in Tobago, Pigeon Point provides a range of different water sports facilities including kayaking, Snorkelling and stand up paddleboarding.

This beach has so many facilities like shops, Snack bars, restrooms etc.

One of the best bird sanctuaries in the Eastern Caribbean islands, this Sanctuary is rich in biodiversity.

You can find the Scarlet Ibis, the national bird of Trinidad and Tobago, in large groups flying all over this Sanctuary.

Other wildlife species like cormorants, tree Boas, anteaters, herons, egrets etc are abundant in this Sanctuary.

Other Eastern Caribbean islands such as St. Kitts & Nevis, St. Vincent & The Grenadines are also worthy enough to spend your vacation in these islands.