You haven’t been to St. Kitts until you have been to Brimstone Hill Fortress.

HomeFeaturedYou haven’t been to St. Kitts until you have been to Brimstone Hill Fortress. 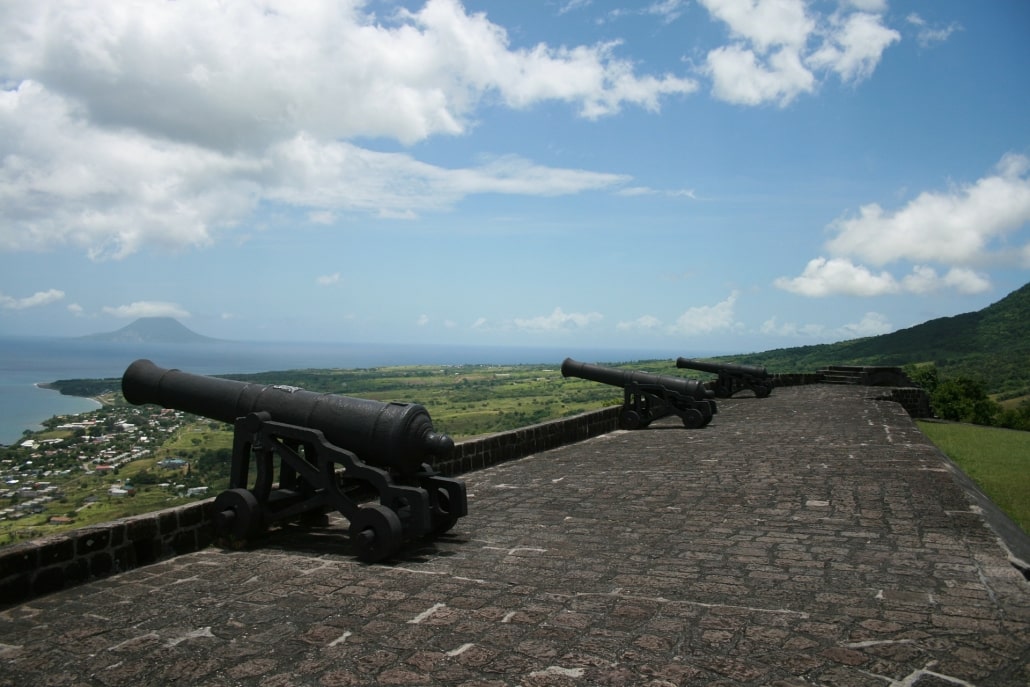 You haven’t been to St. Kitts until you have been to Brimstone Hill Fortress.

The borders of St. Kitts and Nevis are still closed. However, you can always plan a trip to get yourself a genuine leather bag or rest on the magnificent beaches that line the shores of the Federation. And of course, visit the Brimstone Hill Fortress- Trust us, you will not regret it. But we do have a little disclaimer: the views are guaranteed to take your breath away.

The history of Brimstone Hill Fortress

In the 17th century, the island, covered with sugar cane and lush farmlands, became a territory of great contention among the French, English, and Spanish who sought to gain dominance in the region. But it was only in 1689; as the War of the Grand Alliance raged on, that cannons were mounted atop Brimstone Hill to defend the island from the French, who were quickly gaining territory. After the surrender of neighboring Nevis, weapons were taken to lay siege to the fortress. Stranded and with neither food nor adequate water supply, the English were forced to surrender. In 1783, the island, along with the fortress, was handed back to the English, through the Treaty of Paris. The fortress transitioned well into a century. Having learned from the war, the African slaves and the English engineers got to work improving the fort. They moved to a point the management now calls, “self-sustaining”. Though the English military abandoned the fort in 1853, as the war evolved, it soon became a tourist attraction and was named a protected site by UNESCO in 1999; one that bears cultural significance. 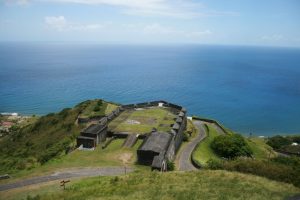 A drive up the hill promises breath-taking views and a dive into 17th-century architecture, along with evidence of ruins of war. At first sight, the rubble may look like limestone, but on a closer look, you can see the walls were built from stone carved from volcanic rock and then cemented using mortar made from limestone. As you maneuver further uphill, you will then continue through the archway, past the Magazine Bastion up to the Orillon Bastion. In your sight should also be the Royal Engineers Quarters opening to Parade Ground which is now the main car park.

This 800-foot high hill commands an incredible view. Once you get up to the citadel from the visitor’s center, you will be met with cannons, a 360⁰ view of the ocean, and volcanic peaks, not to mention a glimpse of at least five other islands. If you have a knack for history, then the George Fort Museum on the citadel will prove a treat. You can stroll about and explore the barrack rooms, learn about a day in the life of a soldier and what it meant to build the fortress. Top it all off with the view of the Saint Eustatius and Sabre islands located almost 7 miles away. 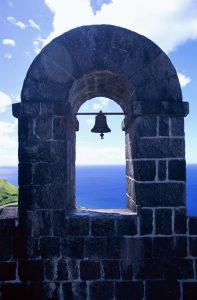 While visiting Brimstone Hill, be sure to take time to explore the Monkey Hill. Enjoy the spectacular view of Montserrat and the southwestern coastline of St. Kitts. And if luck is on your side, you might get a glimpse of the friendly primates. They roam the island and often find their way up the hill. This historical monument that has endured for over 200 years stands as a testament to the brilliance of the English engineers who designed it and the masterful work of the African slaves who built it. The story of the fortress is one of learning to be enough. The manager, Mr. Percival Hanley, affirms it as a story of “independent survival”, he stated, “People are fascinated with history, we look into the past to learn from it”. The lesson of the Brimstone Hill Fortress is one of evolution and strength. Visiting this heritage site wouldn’t just be another history lesson or a good look at old ammunition and battle tactics, but you will also enjoy views even your Instagram account will thank you for it.

Quick tips for the sojourner

If you are getting ready for your dream vacation, visit our IC Caribbean shop, you might find all you will need to get a trip ready. Find out more about Brimstone Hill Fortress here and do visit our St. Kitts page. Have you visited the fortress before? Is there an incredible sight you think we missed? Comment below, we would love to hear from you.

The Caribbean Islands reopen for business