HomeFoodIn Kingston, Jamaica, culinary tourism corridors are to be established 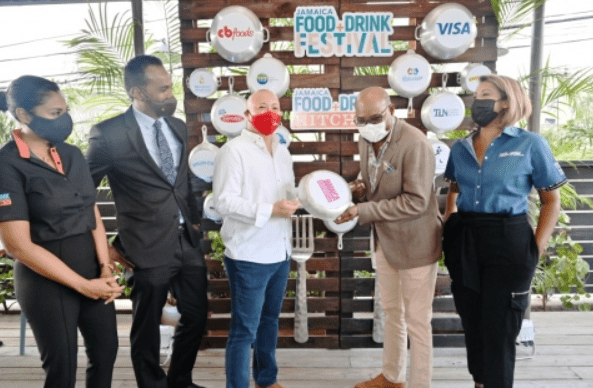 In order to capitalize on the country’s gastronomic offers, the tourism ministry plans to construct gastronomy tourism corridors in specific regions of Kingston, Jamaica. According to Edmond Bartlett, this will strengthen Kingston’s standing as a top tourist destination.

The tourist minister made the news at the unveiling of the Food and Drink Kitchen at the progressive plaza on Barbican Road in Kingston.

“We want to establish Gastronomy Tourism Corridors. We have looked at the corridor from Half Way Tree to Papine. Already we have more than a hundred restaurants along that corridor, and in the middle of it, all is the Gastronomy Centre of Kingston, Devon House. So we will be working together to build out this initiative. The Linkages Network, led by Carolyn McDonald-Riley, will be looking at how we can make that functional,” states Bartlett.

New Kingston, which has various restaurants and hotels, particularly along Knutsford Boulevard, would also be included in this corridor, according to Minister Bartlett.

“We cannot avoid New Kingston in these discussions. Knutsford Boulevard represents itself in this regard, and it cannot be denied. So, we will have to look at not just a corridor in that sense, but in the same way, we have more than one Tourism Resilience Corridors in Jamaica. Similarly, we can look at more than one gastronomy tourism corridor in Kingston,” the Minister explained.

New Kingston, which has various restaurants and hotels, particularly along Knutsford Boulevard, would also be included in this corridor.

Wondering What Amazing Things to Do in Grenada?