HomeIsland Of The Week8 Best Places to Visit in Montserrat 2022 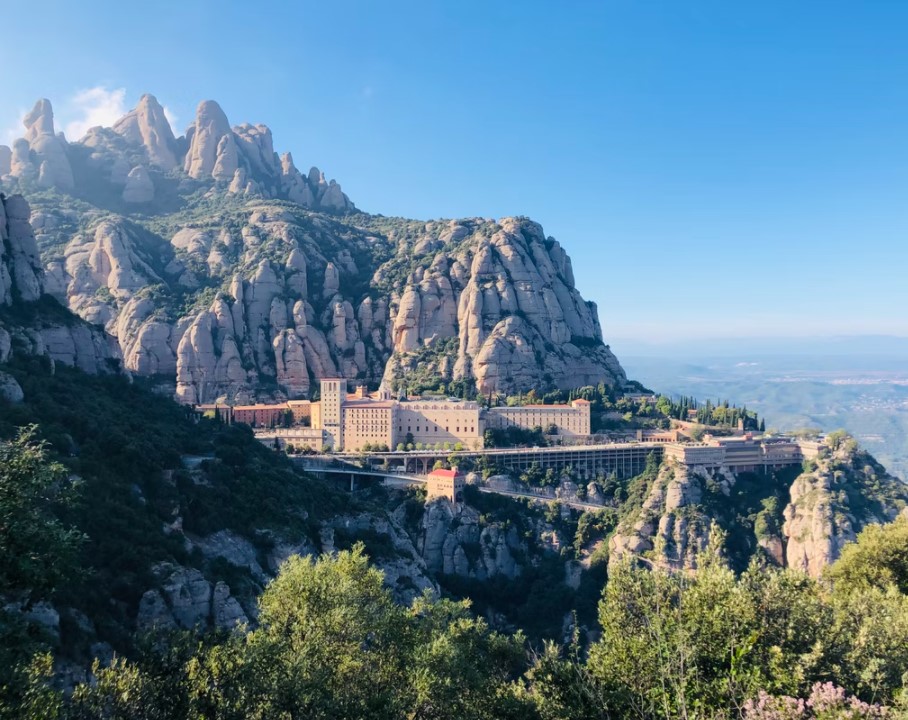 Island Of The Week Montserrat News

Montserrat, sometimes known as the “Emerald Isle” of the Caribbean, is a somber reminder of nature’s awe-inspiring grandeur. The island’s north side is cradled by verdant highlands, while the south is a surreal lunar landscape of abandoned communities and scorched valleys scarred by a series of disastrous volcanic eruptions that began in 1995.

The active Soufrière Hills Volcano and its ash-strewn surroundings are now part of an exclusion zone that covers more than half of the island. Tourists are taken into the zone on police-escorted sightseeing tours, and several hilltop vantage points offer breathtaking views of the devastated areas, including the former capital of Plymouth.

New villages are thriving on Montserrat’s scenic northern side. Hiking the green rainforest paths, spotting some of the island’s numerous kinds of birds, diving and snorkeling the healthy coral reefs, and sunbathing on the silver-sand beaches attract ecotourists and nature enthusiasts who go by ferry from Antigua.

Friendly Montserrat is rich in natural beauty and a humbling reminder of nature’s brute force for those seeking a slow and peaceful slice of tropical island life. Read our list of the best places to visit and popular things to do in Montserrat for ideas on where to go and what to do.

The peaceful beach at Rendezvous Bay, tucked beneath towering cliffs, is Montserrat’s only stretch of blond sand. Swimming, diving, and snorkeling are all popular activities in the bay. Because the trek to this peaceful stretch of shore is arduous, most people arrive by boat or kayak. Bring lots of water as well as sunscreen.

Carved into the bluff here are two caves that are home to large colonies of Antillean fruit-eating bats. If you’re paddling by in a kayak, you could catch a glimpse of them.

Little Bay Beach, on Montserrat’s west coast, is one of the island’s most popular stretches of beach. The tranquil waters are ideal for swimming and snorkeling, and you can unwind on the gray-sand beach while watching the boats bob in port at the bay’s northern end. Closer to the cliff-backed end of the beach is the best place to swim.

Local seafood and refreshments are sold at beachside restaurants, and there are dive shops and places to rent water sports equipment nearby.

Hiking has become a popular tourist attraction as Montserrat reinvents itself and seeks to attract more visitors.

The Blackwood Allen Trail is one of the more difficult hikes on the island, but it rewards hikers with spectacular views and a close-up look at the island’s unique vegetation. The climb continues past the Blackwood Allen stream to an observation spot with views of the coast and northern settlements.

One of the most popular trails on the island is the Oriole Walkway. This journey provides a view of life in the jungle as well as the opportunity to witness the oriole, Montserrat’s national bird.

The Cot is a hiking route that offers stunning vistas as well as an insight into the island’s past. The path passes through an old banana plantation and passes close to the ruins of a cottage once owned by a prominent family on the island. A high vantage point also provides spectacular views of the ocean.

The Silver Hills trail takes hikers past the extinct Silver Hill Volcano and leads from Little Bay to Rendezvous Bay, Montserrat’s only white-sand beach. The trail is known for its scenic views of the island and coastline, as well as being a good spot for birding.

Woodlands Bay is a peaceful bay near the villages in the Northern Zone’s southwestern corner. This little black-sand beach is great for sunbathing, but the seas can be turbulent at times, making swimming unsafe. If you’re brave enough to brave the swells, keep an eye out for riptides.

The beach is a sea turtle nesting ground, and there’s some good snorkeling, especially around the stones at the south shore. Change rooms are available here, too. The cliffs above the beach are a nice place to have a picnic and see migratory whales.

In Little Bay, the Montserrat Cultural Centre is a must-see. Sir George Martin, the ex-Beatles producer, was the driving force behind this multipurpose performing arts center.

The building, which features a recording studio and can accommodate up to 500 people for conferences, weddings, and cultural events, is topped with a crimson roof that stands out against the beautiful mountainside.

Elton John and Paul McCartney are among the prominent musicians that recorded songs on Montserrat throughout the 1980s, and their handprints may be seen on the Wall of Fame.

In 1995, the Soufrière Hills Volcano erupted, destroying much of Montserrat, including the once-beautiful capital of Plymouth. The volcano is currently part of an exclusion zone, but Sun’s Montserrat Island Tours can arrange a guided and police-escorted tour to parts of this zone, subject to seismic activity.

You may see and capture a sobering perspective of the volcano and its path of destruction from numerous vantage points if you are going about the island on your own. Jack Boy Hill, the Montserrat Volcano Observatory, and Garibaldi Hill are among them.

A visit to the Montserrat Volcano Observatory provides a good overview of the island’s volcanic eruptions and their consequences.

Do you want to know more about the volcanic eruptions that wreaked havoc on the island? It is highly recommended that you pay a visit to the Montserrat Volcano Observatory. Scientists at the observatory keep an eye on the island’s seismic activity and share live recordings with visitors.

The viewing of an excellent 20-minute video on the Soufrière Hills Volcano, which shows how the eruption impacted life on the island, is a highlight of a visit. Stunning views of the surrounding exclusion zone, the abandoned capital of Plymouth, and the cloud-capped volcano rising beyond are also available.

The best way to get the most out of a visit here is to book a tour with a knowledgeable guide, preferably someone who was personally affected by the volcano’s eruption and can compare and contrast life before and after the tragic event.

Montserrat is ideal for divers looking to get away from the crowds and explore thriving coral reefs. The southern reefs were reborn as a result of the volcanic eruptions, and the burgeoning marine life drifted to the northern reefs, boosting their populations. Divers can see everything from enormous sponges and brain coral heads to a rainbow of tropical fish, spotted eagle rays, sea turtles, and sharks.

Off the coast of Redonda, a small island 14 miles from Montserrat, is a popular diving spot. It’s famous for the green moray eel that lives there and the nurse sharks that come to visit.

The most popular diving shops on the island are Montserrat Island Dive Centre and Scuba Montserrat near Little Bay.

Where to sleep in Puerto Rico. 5 destinations.