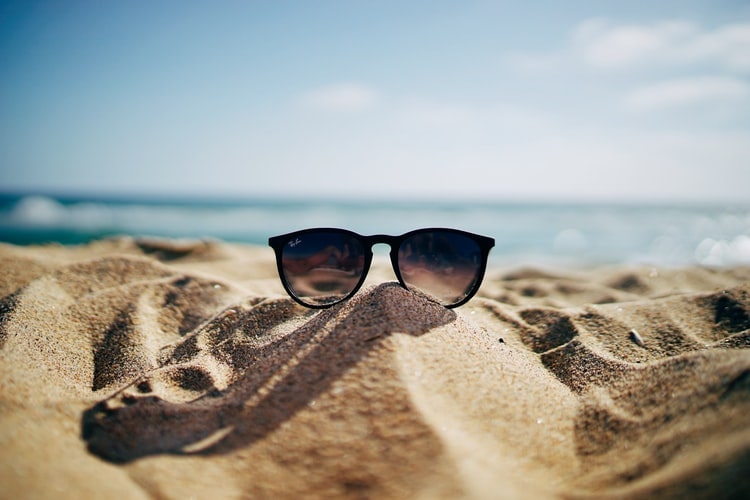 If you are planning to spend your vacation here, don’t forget to pre-book your resorts and follow up with the travel restrictions imposed by the government because of the Covid-19 situation.

Here is the list of 7 best Western Caribbean islands : 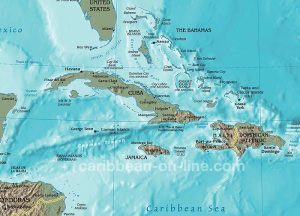 Bahamas is one of the most preferable destinations in the Western Caribbean Islands.

The Bahamas is a Commonwealth region consisting of 16 islands that are low and flat. These islands contain three terrestrial ecoregions:

The climate of the Bahamas is mostly tropical. Chances of getting winter here are very few unless a severe cold outbreak comes down from the North American Mainland.

Tropical storms and hurricanes occur occasionally in the Bahamas. The average sea temperature in the Bahamas always records between 23 °C and 28°C. 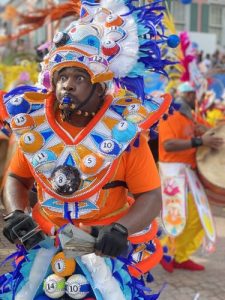 Limestones are predominantly found in the Bahamas. The estimated population of the Bahamas is around 385,637, where 96% of the population identified themselves as being Black, 4.7% White and 2.1% of a mixed race.

The national sport of the Bahamas is Cricket but they won’t play for the West Indies Cricket team.

Let’s look at the tourist attractions in the Bahamas: 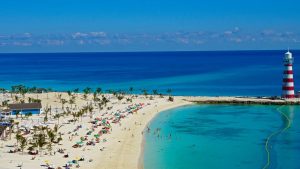 Here, you can experience the beauty of the Atlantis in a luxury hotel, aquarium, water park and entertainment complex.

AquaVenture is a breath-taking waterscape where you can enjoy yourself by swimming/splashing around in more than 20 swimming areas, or just sit and enjoy the boat ride.

Natural marine habitats like Hammerhead sharks, swordfish etc. will be found swimming through the crystal clear open-air pools. You can also go for a stroll and visit shops, restaurants etc. built around this resort.

Lauded as one of the most popular cruise ship ports in the Western Caribbean Islands, Nassau also provides you with plenty of options to enjoy. Being built at Cable Beach, you can enjoy the spectacular view of the Atlantic ocean and also visit shops, restaurants, museums of downtown and Bay street.

You can also visit Paradise Island, which is just about five kilometres offshore from Nassau.

People like to face dolphins on a day trip to Blue Lagoon Island which can be accessible from Nassau.

Harbour Island is home to the authentic pink-sand beaches you can find on the Caribbean island. People from far away from the Bahamas often visit this island to perform snorkelling, diving, sunbathing, fishing etc.

You can also taste the delicious food items available around the island.

This beach is lauded as one of the best beaches in the Western Caribbean Islands. This beach hosts one of the most popular fishing tournaments in the Bahamas. 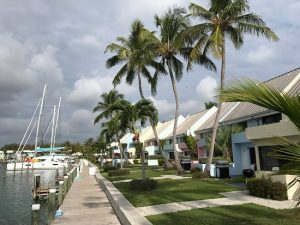 The flour-soft sand and crystal clear waters make the whole beach glow with a spectacular contrast.

It is a Dutch island located by the southern Caribbean sea. Together with Aruba and Bonaire, it forms the ABC islands, collectively called the Dutch Caribbean.

Under Fauna, the species of hummingbirds, flamingos, birds, lizards, mammals etc. are abundant and caanot be found in other Western Caribbean islands. 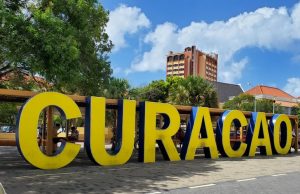 Climate is kind of a hot semi-arid with a dry season from January to September and a wet season from October to December. The average temperatures recorded in the hottest month is 29.1°C and 26.6°C in the coldest month.

Curacao has a vast number of beaches. Some of them are as follows: 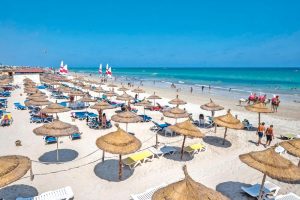 One of the best beaches in Curacao meant for diving, jet-skiing, kayaking etc. Boat rides are available to visit the island of Klien Curacao.

Most people prefer to come to this beach during the night.

Located to the northwest of Willemstad, there are several restaurants at the beach and golf course. This beach is preferable for Snorkelling and diving. 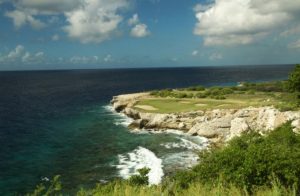 Blue Bay Sculpture Garden is one of the main attractions on this beach.

Located from five kilometres to the west of Willemstad, Boca Sami is the home of the Jong Colombia football team. 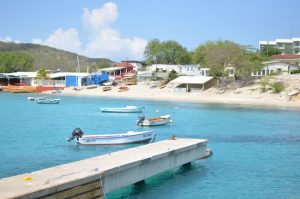 Blue Bay Sculpture Garden is easily accessible from this place.

Located on the western side of the Caribbean island, this beach is about 50 minutes drive from downtown Willemstad. 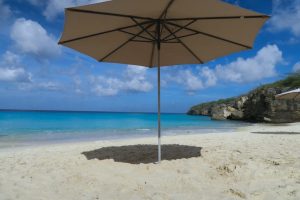 This beach has the best snorkelling facilities as the water is so calm and clear. You can also notice sea turtles around this beach.

Bonaire is one of the most liked islands of the Western Caribbean islands. Along with Aruba and Curacao, this island collectively forms the ABC islands. This island is a popular snorkelling and scuba diving destination because of its multiple shore diving sites and easy access to the reefs.

Nearly 20,104 people are residing here. The capital city is Kralendijk. 80% of the population are Dutch nationals. 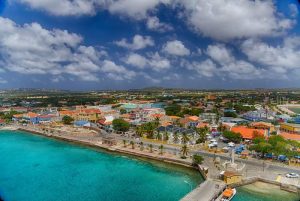 Being the capital of Bonaire, Kralendijk is one of the most beautiful cities in the Netherlands with so many attractions. Some of them are Kralendijk lighthouse, Wilhelmina Park, Protestant church, Eleanor Roosevelt Monument, Fort Oranje, Betico Croes Monument. 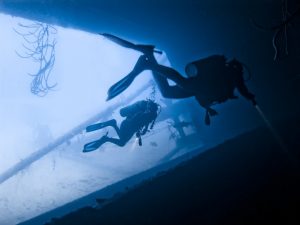 Island Klein Bonaire is situated off the coast of Kralendijk, is famous for diving and snorkelling activities.

Aruba is a constituent country in the kingdom of the Netherlands. Together with Bonaire and Curacao, Aruba forms a group of islands called the ABC islands.

This country is densely populated by 116,600 inhabitants and 96% of them are Dutch nationals.

Speaking of Fauna, this island is a habitat for whiptails, rattlesnakes, burrowing owls etc.

This country has the best beaches you can ever find in the Western Caribbean Islands. 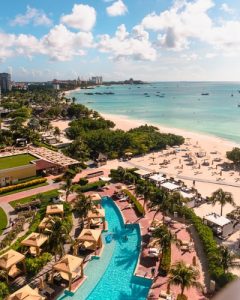 Speaking of Flora, this island has various forms of cacti like Melocactus and Opuntia.

Aruba has the best beaches in the world. Apart from the beaches, some of the attractions are as follows:

Occupying 18% of the total land area of Aruba, Arikok National Park is one of the main attractions in the Western Caribbean islands for its geological features. 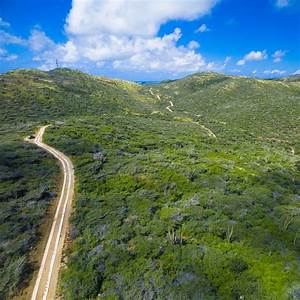 It was established around 2000 and visitors are around 10000. So many hills, gold mines etc. are situated in this park.

Some oldest Arawak paintings are also found in this park which attracts the crowd so well.

Being located near Arashi Beach, California is one of the most visited attractions in the Western Caribbean islands. 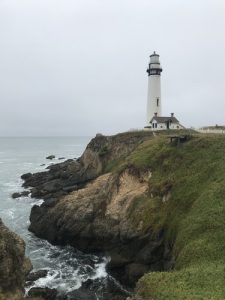 It was named after a wrecked steamship “California” and it happened on September 28, 1891.

It is a narrow passage on Aruba between the coral reefs. This place has a tragic past related to the pirates’ invasion and how the Indians (residents of this area) tried to stop it and resulted in heavy loss of human lives.

You probably heard about Jamaica which is world-famous for its music and culture prevailing in this nation. The Capital, Kingston is home to the Bob Marley Museum, dedicated to the famous singer Bob Marley.

Apart from Music, this country also has beautiful all-inclusive resorts which are mostly located in Montego Bay and Negril, known for their infamous diving and snorkelling sites. 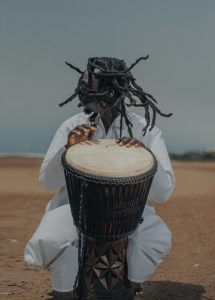 Jamaica has so many attractions as follows:

Also known as the Seven-mile beach, Negril is one of the most beautiful beaches in the western Caribbean islands. This beach also has so many all-inclusive resorts ranging from high to low range. 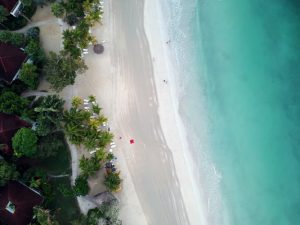 Snorkelling, scuba diving etc. are the activities available at this beach.

Being one of the spectacular sites in the Western Caribbean islands, this park is embedded with jungle-clad mountains, waterfalls, lush rainforests and coffee plantations.

This beach is embedded with powdery white sand and crystal clear waters which sets up the scene.

In the 1920s, a famous British osteopath claimed that the waters at this beach have amazing powers and this attracted so many people to visit this beach.

Regardless of his statement, people still visit this beach just to hang out and relax.

Grand Cayman, the largest island known for scuba diving and snorkelling sites, Cayman Brac… a popular launch point for deep-sea fishing excursions and the little Cayman, the smallest island which is home to diverse wildlife…all together called the Cayman Islands.

The Cayman Islands has a dry and tropical climate. These islands also have so many attractions as follows:

One of the most shallow water snorkel and dive sites in the Western Caribbean islands and the top tourist attraction in Grand Cayman.

Stingrays will be passing through these waters and you can feed them, play with them and even if you are frightened… you can just stand away from the shore and enjoy their play.

With the help of Atlantis Submarines, you can view the amazing tropical fish, shallow reefs, underwater canyons, shipwrecks etc. 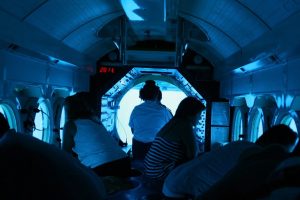 Located approximately 1000 miles Southeast of Miami, Florida… Puerto Rico is one of the famous destinations in the Western Caribbean islands.

The island is mostly mountainous with large coastal areas in the north and south.

This country has 17 man-made lakes and more than 50 rivers originating from Cordillera Central.

This island has so many attractions and some of them are stated here as follows:

One of the most popular Puerto Rico’s attractions in the Western Caribbean islands, El Yunque National Forest is home to 240 species of trees and 50 species of orchids. 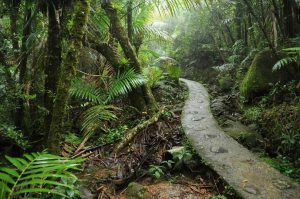 Most of the forest is damaged due to back to back hurricanes in 2017. Some part of it is recovered but it’s under-recovery.

Located at a considerable distance from the city, this beach is not like the “busy” beaches. For people who like to have a stroll or swim in the crystal clear waters, considering the environment to be peaceful and calm, this beach is highly preferable.

Just like Luquillo Beach, Seven Seas Beach is a quiet beach with calm and crystal clear waters with greater facilities, one of the simplest beaches in the Western Caribbean Islands. 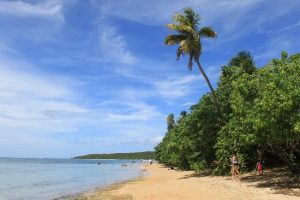 The sand is golden-brown. Picnic tables, restrooms etc. are available at this beach.

Boats are prohibited. Mostly, families prefer this beach to spend with their children in a peaceful environment.

Popularly known as “Little Malibu”, Rincon is one of the best-surfing sites in the Western Caribbean islands.

This beach became famous for surfing for its 15-foot high waves which make surfing more thrilling and exciting.

This beach has one of the best whale-watching excursions in the Western Caribbean islands. Humpback whales just bounce to and fro into the crystal waters, making us look at its elegant dancing.